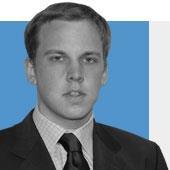 The main measures that will affect the construction industry from the Queen's speech are contained within the Local Democracy, Economic Development and Construction Bill. This contains proposals on a range of issues, from strengthening local democracy to giving social housing tenants a voice. It will also take forward proposals to improve payment practices in the construction industry, which were set out in the draft Construction Contracts Bill. Given the demands on parliamentary time from the proposals outlined in the Queen's speech, the bill is unlikely to pass into law until late 2009.

The RICS is pleased with the general approach taken by the government on construction contracts but believe amendments should be made to the proposals as set out in the draft bill if it is to meet all its intended policy objectives. The measures in the bill are broadly welcome, in particular the decision to remove the need for construction contracts to be in writing before the 1996 Construction Act applies.

Although the bill does take the right overall approach, specific issues that must be addressed include clarification over the definitions of default and misconduct to reduce potential disagreement between parties. The bill also makes the regime around notices relating to payment and requirement to pay extremely complicated and is unlikely to be understood by users in the industry. One key change RICS would like to see made is the adjudicator's power to make amendments apply on a statutory basis in England and Wales as well as in Scotland.

There are still some areas of the legislation that need to be worked on if it is to have a genuine impact on payment practices in the construction industry. If this can happen then the bill will help bring about the reduction in the regulatory burden, particularly from adjudication payments, and efficiency savings from improved payment frameworks that the government has suggested. The government must work with the industry through the parliamentary process to ensure this happens.