Government must hold its nerve on the Planning Bill

The Planning Bill has not even been published, yet MPs and anti-development campaigners are already lining up to criticise it. 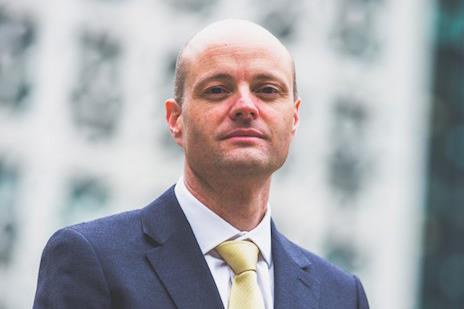 Faced with similar opposition to proposed reforms to the calculation of housing targets last summer, the government quickly capitulated. This time around, it is important that the government holds its nerve.

Over the past 15 years or so, the system has become horrendously complicated and bloated as successive governments introduced tinkering reforms. To use a housing analogy, it has become like a much-extended house, all odd-looking loft conversions, multiple brick types and a peculiar floor plan.

The Planning Bill offers the opportunity to start with a blank sheet of paper and to get the architecture right - simple, streamlined and efficient

It functions, but it is not what you would design if you were starting from scratch. The Planning Bill offers the opportunity to start with a blank sheet of paper and to get the architecture right - simple, streamlined and efficient.

Assuming the Planning Bill closely follows the contents of last summer’s white paper, that is exactly what it will do. It draws a much clearer distinction between the planning system’s two main roles: deciding where development should go, and what it should look like.

Ignore the rhetoric around zonal planning - what the white paper describes is closer to the present system of a policies map allocating land for specific development types, but with a bit more detail. The key difference is that where development is to be allowed - in allocated growth zones - the local plan itself approves the principle of development.

> Also read: Dilemma for Tories over planning after by-election defeat

Once a site is allocated as suitable for development, you will no longer have to submit an outline application to prove it. Instead, developers can move straight to a “technical details” permission - a reserved matters application in old money.

This approach has been described as “automatic permission” and derided by some - usually those who habitually oppose new development - as undemocratic and a developer’s charter. Yet a local plan process takes years to complete, involves widespread consultation and finishes with a public inquiry.

Rather than applications dealing with the acceptability of the location, they will be free to focus on design quality and what the development will look like

It is hard to see what is undemocratic about preventing a handful of councillors backed by a few dozen local residents overturning the resultant decision. Rather than applications dealing with the acceptability of the location, they will be free to focus on design quality and what the development will look like.

Further proposals in the white paper aim to streamline the system in other ways. One example is the introduction of a national set of development management policies - setting out how flood risk or development in the green belt should be considered, for example. This seems eminently sensible compared with the current approach of 300 slightly different interpretations of the same national policy. A streamlined local plan process and increased use of technology are also proposed to help increase efficiency.

Calling for planning reform is not to criticise planners. Local authorities are full of dedicated planning officers doing the best they can - but they can be no better than the system they are asked to operate in.

They will need more funding – planning departments have seen some of the deepest local authority spending cuts – but a more streamlined and efficient system will help that money to go further still.

However many homes we want to see built, reforms like these are still needed and justified. The planning “system” is simply the mechanism for delivering the outcome we want, whatever that may be.

The Planning Bill provides an opportunity to produce a system that is most cost-effective to operate, delivers better outcomes, maintains high levels of public involvement and is more predictable for everyone. All the usual people and organisations will complain but, this time, the government needs to stand firm.

Paul Smith is managing director of The Strategic Land Group