Greg Fitzgerald as Bovis CEO is a masterstroke 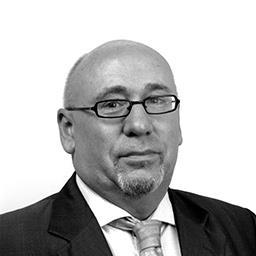 A masterstroke - that was my first reaction upon hearing that under-siege Bovis had appointed Greg Fitzgerald as its new CEO.

My second thought was how has Bovis persuaded him to re-enter the fray and indeed why would Greg want to, having seen it, done it and got the t-shirt (and the retirement package) from over 30 years in the housing business?

My third thought was that this probably puts paid to Peter Truscott’s ambitions to assimilate Bovis into the Galliford Try camp – Galliford duly then announced its retreat from the bidding purportedly in the absence of any agreement with Bovis management over acceptable price.

And lastly, as the dust settled on an extraordinary day of events, my thoughts turned to how Greg will turn round what is clearly an ailing group.

There cannot be many industry figures with the experience, gravitas and respect that Greg commands

Attracting the enigmatic and no-nonsense Mr Fitzgerald out of retirement is a real coup.

There cannot be many industry figures with the experience, gravitas and respect that Greg commands that would in my opinion have wanted the challenge and be up to the task.

As to why? Well at the time of leaving Galliford Try whose housing business he effectively built up from small beginnings and overcame the setback of buying Linden pretty much at the top of the last cycle but ‘gambled’ again to re-double the size of the housing business and radically improve its profitability, I thought he was going too early and would miss the day-to-day engagement that courses through his housing veins.

In short, I think he just misses the ‘craic’ and has failed to find adequate alternatives to motivate or amuse him in retirement (there are only so many home bore-draws at Old Trafford that even the most ardent fan can endure!). And let’s be clear there is a big job to be done at Bovis to restore even parity to its peers.

Greg noted Bovis’ “great brand, excellent people and high quality land bank” in his acceptance speech but he will know that the first is horribly tarnished, the second under question from performance delivery on multi-levels (but mainly inadequate leadership, I would hope) and the third only relevant if operationally it can produce the returns consistent with its peers.

It won’t be easy and it won’t be quick but I cannot think of many better leaders able to ultimately deliver that, assuming the duration of this housing cycle remains his friend.

Kevin Cammack is an analyst for Cenkos Securities