Grenfell Tower: A lesson in how not to manage a project

What we have heard has been a long saga of incompetence, says Graham Watts

In Building a Safer Future, Dame Judith Hackitt took an axe to the diseased body of the UK construction industry long before a word of evidence relevant to construction was spoken at the Grenfell Tower public inquiry. It was a risk, because anything she recommended could be countermanded by the outcome of Sir Martin Moore-Bick’s deliberations. That remains the case but, having listened to evidence from many of the client and industry players over the past 16 weeks (apart from those that have hidden behind legal reasons not to speak before the inquiry), we might conclude that Hackitt’s hatchet was wielded more leniently than the industry deserved. 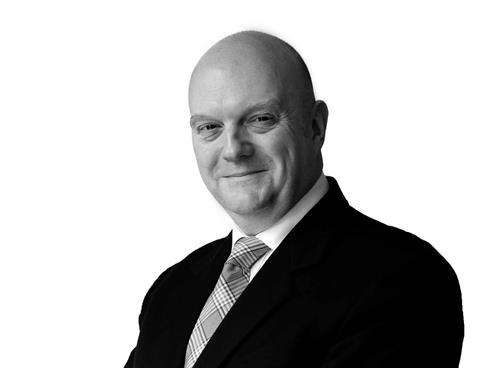 What we have heard in the evidence to module one of the second phase of the inquiry, which has just concluded, has been a catalogue of inadequacy and incompetence. The expertise of everyone involved appears to have been limited, a sense of enquiry has been sadly lacking, and the understanding of the consequences of decisions has been little more than zero. Hackitt has referenced a lack of leadership and accountability; the inquiry has shown that participants in the Grenfell refurbishment relied on the expertise of others without bothering to check if it existed at all.

> A look back at Grenfell inquiry module one: How experts blamed key players for ‘shambles’

The inquiry heard that the TMO director did not ask if the architects had previously been involved in cladding a high-rise residential building and vetoed the appointment of a client design adviser; the project manager appointed by the cladding subcontractor had received no training on cladding industry codes of practice (and apparently did not believe it was necessary); the main contractor’s project manager had never heard of aluminium composite material; another manager blamed “cheap, incompetent subcontractors” and “poor surveying” for a badly performing site during the refurbishment and noted that Rydon was “reliant on others” to vouch for the suitability of the materials used on the facade; the building control officer who oversaw the work had no prior experience of a cladding refurbishment on an occupied high-rise building. This is a small selection of random headlines from the last four months’ of evidence and there are many more examples of indecision, buck-passing and the nasty game of blame.

It is hard to argue a case against this evidence to the inquiry amounting to a manual of how not to manage a construction project. Among many other failings, it evidences poor procurement through an emphasis on quickest and cheapest; product substitution with no regard to the consequences; little understanding of regulations or compliance checking; the bland assumption that responsibilities were being taken further down the supply chain; and scant record-keeping.

For the past 20 years, the industry has rightly focused on improving the health, safety and welfare of those working on construction sites (with the  tangible impact of reducing fatalities by more than 80%) but we did not spend much time considering the safety of those who occupied the buildings that the industry refurbished or built. The industry bodies concentrated on deregulation, red tape challenges, removing restrictions on SMEs and other priorities (such as climate change and design quality) and we made very little noise as the technical expertise within the responsible government department was cut to the bone. We are all – governments of every colour included – culpable for allowing that culture to proliferate.

Thankfully, as the inquiry continues, things are already changing. A new regulatory regime is imminent and steps are under way to establish a shadow regulator; the industry has defined a new competence framework in Setting the Bar and the British Standards Institution is motoring with the development of the new national suite of competence standards; and the Building Safety Charter is now alive and open for business (run under the auspices of the Considerate Constructors Scheme). What is needed more than ever is for leadership and delivery to come from the industry itself. The Construction Leadership Council has strengthened its reputation through the age of coronavirus but there is only so much it can do. Every company and organisation – consultant, contractor, subcontractor, specialist, manufacturer and building control – needs to take a long, hard look at its own competences and procedures and ensure they are fit for purpose. Signing up to the Building Safety Charter and making sure that it is meaningful would be a start.

Graham Watts is chief executive of the Construction Industry Council, a director of Building a Safer Future and the Considerate Constructors Scheme and co-chair of the Construction Leadership Council’s building safety workstream. He chaired the Competence Steering Group that published Setting the Bar in October