This week, two newly weds move in with each other (at last), DJ Johnny Inferno is told to put his dancing shoes away and landscape architects solve a potentially itchy problem at the Olympic park

There are many things that London would like to be remembered for as an Olympics host city. But itchy Olympians is not one of them. With just a year to go until the Games kick off, the Olympic park’s landscape architects have been carefully considering the welfare of the athletes for a long time now - right down to the species of tree planted on the site. “There was one tree that we were considering using in the park that we had to abandon at the last minute,” says my Olympic flora and fauna source. “We discovered that it harboured a particular type of caterpillar that can make people itch and we realised that this could be a disaster. The last thing we want is thousands of sportsmen and women scratching away at the height of the Games.” Quite.

In other Olympics news, the saying goes that “religion and art stem from the same root”, so how about a studio space in an old church spire to induce a bit of creativity? You’d be forgiven for not spotting the obvious Olympic connection, so here it is: RIBA student representative Alex Scott-Whitby has joined forces with the Diocese of London to find spaces in 10 churches in the City to be used as studios over the course of the Games by artists from 10 competing nations. Then, on the eve of the closing ceremony, the artists will unveil what they have been working on, whether it’s a sculpture, poem, play or painting. Scott-Whitby, who uses the spire of St Mary Woolnoth near Bank as his creative space, says the idea will “give pieces of creativity back to London” following the Games. Let’s hope we won’t need to apply for tickets in an online lottery …

If you were tickled by the story of the double life of UK Timber Frame Association chief executive Andrew Carpenter and vainly searched the internet only to find him in sober shirt sleeves, here is the reason why. To recap: Mr Carpenter, whose name fits perfectly with his day job, enjoys a nice sideline as DJ “Johnny Inferno”, a name that doesn’t fit quite so well with the UKTFA’s image. Internet surfers could enjoy pictures of Mr Inferno complete with sequined red jacket, Afro wig, aviator shades, handlebar moustache and gold medallion until a couple of days before we published. The UKTFA belatedly realised that “Johnny Inferno” wasn’t doing much for their reputation and persuaded Mr Carpenter to eliminate the evidence from his website. Visitors to his site are now greeted with the subtly ironic message, “Currently under reconstruction”.

There comes a time in every relationship when both parties feel ready to take the next step. And congratulations are in order as Aecom and Davis Langdon have decided to take the plunge and shack up together. The Aecom team will soon be moving in with DL at Mid City Place. The decision was made after space previously occupied by a Zaha Hadid project team became available. The long-term plan is that the two companies will work together in the DL building for three years until the lease comes up before considering a move into an entirely new premises. Good luck to the happy couple - joined in name and now in computer cabling.

Does the phone hacking scandal know no bounds? Last week the furore hit the world of construction for the first time, throwing into the media spotlight the unlikely figure of Tim Byles, the former chief executive of Partnerships for Schools. The Daily Telegraph alleges that Byles’ phone was hacked and his rubbish stolen by journalists looking to get a scoop about the repeated mistakes made by education secretary Michael Gove when he was announcing the list of Building Schools for the Future projects to be axed last summer. What might these reckless hacks have found in Byles’ bin bags? Designs for standardised schools? Must have been a slow week at the News of the World. 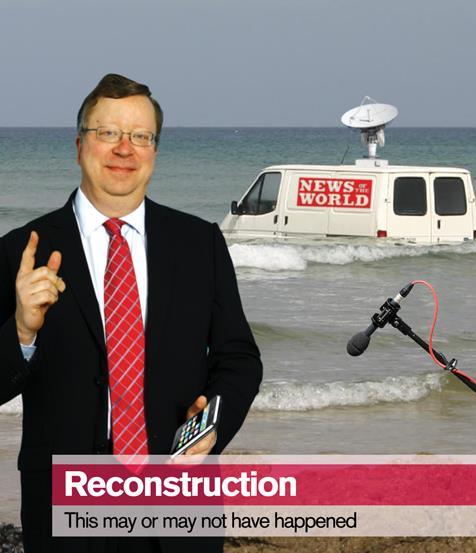