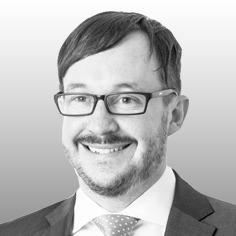 In Aecom Design Build Ltd vs Staptina Engineering Services Ltd, Mr Justice Fraser, in the Technology and Construction Court, heard jurisdiction and natural justice arguments from a Part 8 claimant following an adjudication in which they were the successful party. He made strong comments with regard to the current fashion for commencing Part 8 proceedings to undermine adjudicators’ decisions. Specifically, the judge criticised commencement of further adjudication proceedings before the Part 8 procedure had been concluded and formulated on the assumption a previous adjudicator’s decision would be overturned.

Aecom terminated its subcontract with Staptina, stating that termination did not affect Staptina’s ongoing obligation to correct defects.

Staptina issued a payment application for the amount due on termination.

This was disputed and Staptina commenced adjudication, claiming that on a proper assessment of the amount due, Aecom was not entitled to deductions for the cost of defects or for any other reason. This was the parties’ third adjudication. Staptina was represented by BEA Construction Consultants in respect of the three adjudications.

Everyone was clear that the dispute concerned the principle of deductions and not their actual calculation. In her decision, the adjudicator said: “However, I am empowered to decide how the sums to be deducted are to be assessed in the event that I find that deductions can be made, rather than simply stating that some form of deduction can be made in principle and no more. That is inherent in the wording of the notice, which requests that I am to make ‘such declaration as the adjudicator deems proper”.”

She decided that Aecom was, in principle, entitled to make deductions, but that they must be confined to the sum it would have cost Staptina to remedy the relevant defect, either before the works were completed or during the defect correction period.

Aecom brought a Part 8 claim, arguing that the adjudicator had no jurisdiction to deal with the second point – she was only entitled to answer “yes – Aecom are entitled to make deduction for defects” or “no – Aecom are not entitled to make deductions for defects”. It argued that there was a breach of natural justice because it did not have a chance to meet the case concerning how, in principle, the deductions were to be quantified. Staptina argued that the dispute was a “wide point of principle” which could not be answered so restrictively.

The adjudicator acted within her jurisdiction. A dispute is defined by the matters in the various documents – not by its potential answers. The notice of adjudication and referral notice expressly defined the dispute by reference to how, in principle, the deductions were to be performed. There was no breach of natural justice. The adjudicator had decided a point of importance on the basis of the material before her, and on a basis for which neither party had contended, and was entitled to do so. The parties were aware of all relevant material, all of those documents were before the adjudicator, and each party provided submissions in relation to them. The adjudicator was not bound to accept only one of the two alternatives put to her. Choosing a different answer, and failing to notify the parties, is not a breach of natural justice. Questions of contractual interpretation will often be capable of having more than two possible answers.

The judge criticised Aecom for proceeding with a fourth adjudication as though the decision in the third adjudication was not binding: “Simply because Aecom considered there was something objectionable in the decision and/or sought to obtain declarations in Part 8 proceedings to have part of it set aside, does not entitle Aecom to behave as though the decision (or that part of it) had already been set aside […] such behaviour is to be firmly discouraged […]It is simply not open to a party in a subsequent adjudication to advance a case which relies upon an earlier adjudication decision being treated as not binding upon the parties, unless that decision has been overturned by litigation or arbitration (in terms of the substantive dispute) or for some reason been found not to be enforceable.”

While parties have the right to challenge adjudicators’ decisions, they will ordinarily be enforced and are binding until overturned. In Hutton Construction Ltd vs Wilson Properties (London) Ltd, the court reiterated the general rule that if the adjudicator has decided the issue that was referred to them, and has broadly acted in accordance with the rules of natural justice, his decision will be enforced.

Hutton was a clear attempt to rein in misuse of Part 8 as a means of challenging the merits of an adjudicator’s decision. The judge’s comments in Aecom give an indication of how the courts are likely to look upon parties who do not adhere to the established principles of the adjudication regime.

Stephen Radcliffe is a director in the construction and engineering team at Walker Morris. Walker Morris acted for Staptina, the successful defendant in this case