How green is high-rise?

Might the most sustainable skyscraper not be a skyscraper at all? Philip Steadman of UCL asks how green is high-rise based on his new essay with Create Streets 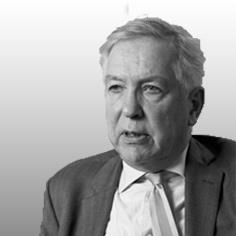 The controversial cornucopia of towers coming London’s way is well known. Some claim that towers are ‘greener’ than low-rise living. But are they? My new research project at UCLs Energy Institute (summarised with Create Streets) will try to discover if high-rise buildings are more energy-intensive than equivalent low-rise buildings. At present the evidence is uncertain but there are suggestive hints. We intend to test them.

Many variables can affect tall buildings’ energy use. Only some relate to height. There is the use of energy in lifts. There is the use, or not, of air conditioning. There can be important differences due to building construction, especially between glass curtain walls and solid walls, since rates of heat loss are greater through the glass. Finally there will be effects related to the local environments of buildings such as orientation, overshadowing and exposure to sun and wind.

There is some evidence on the relationship between height and energy use. A 2003 study of 20 comparable Hong Kong office towers found a steady increase in energy usage per square metre with height. Each additional storey added on average 3 kilowatt hours per square metre. The uses per square metre for lighting and (perhaps surprisingly) lifts did not increase with height. The biggest increase was in the energy used for heating, ventilating and air conditioning. The Hong Kong climate is hot and steamy. We would expect heavy loads for air conditioning. But these were greater, per unit of floor area, the taller the building.

The Energy Follow Up Survey of the English Housing Survey also provides some evidence of the relationship of energy use to height in tall residential buildings. A preliminary analysis of data on low-rise and high-rise purpose-built flats shows that the high-rise flats use on average more than twice the amount of electricity annually. However, the sample is small.

There have, however, been studies that have shown little or no difference in energy use with height. For example Aedas Architects analysed theoretical designs for tall office buildings, using simulation models, and found only small increases in energy intensity with height. The LSE carried out a study of energy use for heating in residential buildings of many different types. They found that energy use decreased with height. However, they too were working with simulations. Furthermore, their sample only included buildings up to 11 storeys.

Why might we expect energy use to increase with height? The obvious characteristic of tall buildings is that they stick up above their neighbours. They are exposed to higher winds. Data from the Chartered Institution of Building Services Engineers shows that wind speeds do indeed rise with height. Higher winds can contribute to increased energy consumption in several ways. They remove heat from the surfaces of buildings. They increase drafts meaning that the air inside requires more heating or cooling. And they can increase the rates of conduction of heat through the building’s envelope, especially through glazing. Tall buildings tend also to be more exposed to the heat of the sun, and are less likely than low-rise to be overshadowed by trees or other buildings. This can lead to increased energy requirements for cooling in summer.

It seems at least possible that such effects are insufficiently represented in the simulation models used to estimate energy consumption during the design of tall buildings. This could lead to underestimates of predicted energy consumption in practice.

It is sometimes suggested that a concentration of tall buildings around public transport hubs can help shift travellers from cars to buses or trains and so reduce energy consumption in transport. This may be true. However, it is an argument for higher densities rather than higher buildings as such.

Finally some researchers have looked at the potential for ‘green’ retrofitting of existing tall buildings. Valuable as this work is, it seems possible that most if not all of the conservation measures and renewable technologies employed in ‘green’ or low-energy skyscrapers could equally be applied (perhaps with greater effectiveness) in low-rise buildings. One could also imagine that the potential for adaptation and refurbishment would be greater in low buildings than in tall ones. Might the most sustainable skyscraper not be a skyscraper at all?