Fore behind revamp of 1990s building

Southwark Council has given Fore Partnership the go-ahead to turn an office building next door to Tower Bridge into one of the capital’s greenest offices.

The 110,000 sq ft building, known as Tower Bridge Court, will be 100% electric and zero carbon in operation. It will include solar panels while no fossil fuels will be used to run the building.

The existing five-storey office dates from the 1990s and Fore’s plans will add an extra two floors along with a roof terrace. Architect on the scheme is Stiff + Trevillion.

Fore bought the building 18 months ago for £51m and has teamed up with development manager Landid on the work. 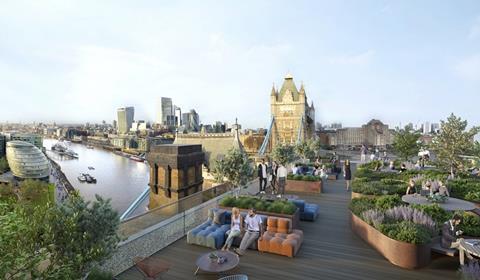