How much is a life worth? 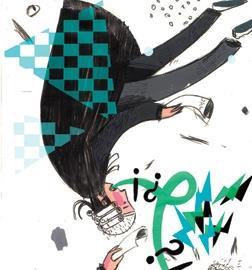 Companies convicted under the Corporate Manslaughter Act face fines of up to 10% of turnover, but this doesn’t necessarily amount to much, says Jan Burgess

It’s been five months since the Corporate Manslaughter and Corporate Homicide Act 2007 came into force, but the Sentencing Advisory Panel guidelines are still awaiting final endorsement. It is probably safe to assume, though, that they will eventually be used to guide judges on the appropriate level for sentencing companies prosecuted for corporate manslaughter.

The act clearly states that an “unlimited” fine may be imposed – but what is an unlimited fine? What would be appropriate when a company is proven to have caused the death of an employee – or someone else who was affected by the commercial activity of the company – and there had been a gross breach of duty of care?

The highest fine to date for a fatality following a breach of the Health and Safety at Work Act 1974, was of Transco, following the death of a family of four in Larkhall in Glasgow. This amounted to £15m (about 1% of the company’s turnover).

SAP recommendations for a conviction under the Corporate Manslaughter Act are for up to 10% of a company’s annual turnover. The size of the fine will largely depend on aggravating factors, such as multiple fatalities, the degree of breach of the duty of care or wilful ignorance of existing health and safety regulations. Equally, mitigating factors, such as previous good record, a good safety culture and regular audits of compliance with existing legislation may reduce the level.

Every corporate entity should be putting its house in order to ensure that from the top down it adopts a good attitude to health and safety, demonstrates a strong health and safety culture and can prove awareness at board level of compliance with all existing health and safety legislation – including not only regulations, but also Health and Safety Executive approved codes of practice and guidance.

There are no quick fixes that will safeguard a corporate entity – nothing short of understanding what is really required and ensuring implementation and compliance will do the trick. Nonetheless, fatalities do occur at work and some companies will face conviction at some point under the act.

It is not so much the question of percentage of turnover that interests the larger corporate groups, but rather which company will be prosecuted. The guidance does not suggest that anything other than the accounts of the convicted corporate entity will be considered when determining annual turnover. There is no provision for penalising a parent company simply because it is the parent company.

Indeed, in order to secure the conviction of the delinquent company in the first place, the prosecutor will have to ensure that she or he is prosecuting the correct company. It will be the one owing the duty of care to the deceased, and whose senior managers played a significant role in the breach of the duty of care. This element of “owing the duty of care to the deceased” will be an essential part of proving the offence, so the prosecutor has to be careful when dealing with groups consisting of multiple corporate entities.

The act defines whom a company owes a duty of care to. It obviously includes a company’s own employees. The “employer” of the deceased will be a potential target for prosecution, but the list in the act goes on to include almost anyone who is affected by the company’s commercial activities.

Although a prosecutor can choose to target more than one corporate entity, he or she will always have to prove the link between that specific company and the deceased. The result may be that, depending on the corporate structure of the group, 10% of turnover could, quite randomly, be either a very large amount of money, or really quite a modest amount.

The location of the accused company – whether it is situated in the UK or abroad – will not be a factor. All that matters is that the death took place in the UK, its territorial waters, offshore installations or a UK-registered ship or aircraft.