A second edition of the ICC form – aimed at infrastructure projects – is on the horizon. But how much of an improvement over its predecessor is the consultative edition? 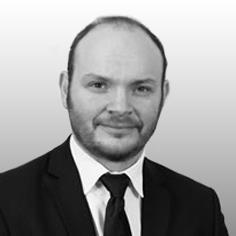 The ICE Conditions of Contract were dropped by the Institution of Civil Engineers (ICE) in 2010 in favour of the NEC form of contract. Taken over by the Association for Consultancy and Engineering and the Civil Engineering Contractors Association the following year, and re-branded as the Infrastructure Conditions of Contract (ICC), the ICE form lived on in all but name.

A second edition of the ICC form is now on the horizon and a new consultative edition has been released incorporating major changes.

Perhaps the biggest change introduced in the consultative edition is the embracement of an assumption that bills of quantities should contain accurate quantities.

Unlike previous incarnations, this is effectively a lump sum contract with a re-measurement option - quantities set out in the bill of quantities are deemed to be fixed unless expressly identified as subject to re-measurement.

The contract also takes a different approach to the final account process. A statement of final account and supporting documentation is submitted by the engineer within six months after the certificate of substantial completion.

Contrast this with the position under most standard form contracts which require the contractor to submit the final account, and often at a much later date.

Parties must “collaborate in a spirit of trust and mutual support in the interests of the timely, economic and successful completion of the works” and must give notice to one another of matters that are likely to affect the design, cause delay or lead to increased cost.

Following such notice, the engineer arranges a meeting between the parties for the purpose of agreeing appropriate “actions or measures”, in the absence of which the engineer is empowered to issueinstructions.

Disputes under the contract may refer to the engineer whose decision is binding upon the parties unless either party disputes the decision within 28 days. The contract also provides for the settling of disputes
by mediation, adjudication and arbitration.

These changes, along with those relating to governing law and jurisdiction (which are to be stated in the appendix to the contract), appear to be aimed at marketing the contract internationally.

There is little doubt that the contract in its consultative addition represents a cleaner, more balanced and accessible form than that which it is intended to replace.

The number of clauses has been substantially reduced and related provisions have been consolidated into their own sections or clauses.

It remains to be seen, however, whether the new form will be widely adopted. The contract is aimed at infrastructure projects where it faces stiff competition from the NEC which has been widely adopted following its endorsement by the UK government.

While the authors of the proposed new form clearly believe there is a gap in the international market which it is hoped the new contract might fill, there is significant competition there too, in the form of FIDIC and, increasingly, NEC.

Ben Worthington is a senior associate at Olswang