The CBI’s latest survey restates the business case for continued investment in infrastructure, but progress is still worryingly slow 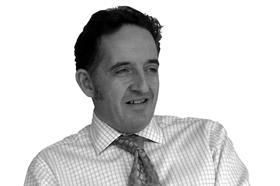 The publication last week of the 2012 CBI/KPMG Infrastructure Survey is yet another reminder of the critical role that infrastructure investment plays in ensuring the competitive future of the UK. It also laid bare the gap between the infrastructure pipeline and shovel-ready projects.

Among the eye-catching findings was a majority view that, overall, UK transport and energy infrastructure will not improve over the next five years. If construction companies are relying on workload from these sectors in their future plans, then this survey sounds a note of caution.

For the government, these survey results show that an increasing proportion of the business community believe that UK infrastructure compares unfavourably with competitors in EU and non-EU developed countries. What is of particular concern is that larger companies perceive the infrastructure deficit to be more of a problem - suggesting that while competitive tax rates will help to build corporate interest in Britain, the UK’s ability to attract inward investment and retain our best businesses might be held back by constraints affecting transport, energy and so on.

On the positive side, improvements to digital infrastructure have progressed well. Inevitably, an economy built on clicks rather than bricks will still rely on power, water and transport, but the digital success story does at least show that effectively designed markets can inspire confidence among investors. Respondents also acknowledge that steps taken to improve planning and to guarantee project finance are making a difference - although critically, the improvements are not being made quickly enough to satisfy the expectations of increasingly impatient CBI members.

Infrastructure investment has been running at record levels over the past two years, roughly 50% above the typical pre-crash spend rate. However, such is the gap between need and capacity, that this level of spend and progress doesn’t satisfy the business community. The immediate conclusion that can be taken from this aspect of the survey is that investment levels need to be sustained to maintain momentum and confidence. Findings in connection with spending on the London Underground and intercity rail support this hypothesis. Visible programmes have provided decision makers with the confidence that services and connectivity will improve. Slower progress on PFI, institutional funding models and key decisions on energy markets and aviation inevitably give the opposite impression.

The findings of CBI/KPMG will add further momentum to the debate over airport capacity, particularly in the South. More firms think that international air linkages have deteriorated over the past five years than improved, and the outlook is considered to be no better.

However, while aviation gets all of the headlines, a slowdown in road investment can be seen to be building up problems for the future, not only in terms of congestion and deteriorating road condition, but also an increasing gap in quality of provision between the South-east and elsewhere.

Complaining about infrastructure and investment is a national pastime, so in many ways the results of the survey are not surprising. The survey does, however, emphasise the uncertainty attached to investment in aviation, energy and water that remains contingent on tough decision-making and effective policy implementation.

For construction, the positive message is the further confirmation, if it were needed, of an underlying business case for continuing investment in UK infrastructure. However, no business can wait for long-term decisions to be made, and there is plenty of evidence of construction businesses restructuring to size themselves for the current market rather than the opportunities to come. If the result is that non-UK and even non-EU firms secure these opportunities when they finally emerge, then this will be a further failure in the maintenance of the UK’s capability for self-reinvention.

The CBI/KPMG survey suggests that shovels in the ground, exemplified by projects such as Crossrail, build confidence in future infrastructure investment. While we wait for the decisions to be made, the survey provides ample evidence that focus on delivery on the ground now, potentially on deteriorating local roads, is the best way to safeguard industry capacity and to maintain industrialists’ belief that the UK will continue to be a competitive location to invest in.