Infrastructure is in the waiting room - will it be given the chance? 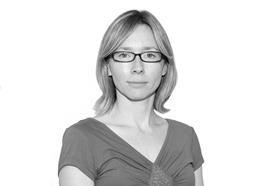 In the fight to be the next prime minister, the two contenders are outdoing each other in their commitments to both spend more and tax less (the particular conjuring trick of those who seek public office). The chancellor had clearly had enough this week, pointing out that if they insist on pulling out of the EU with no deal, there will not be the money for Boris Johnson’s boost to schools’ coffers or his tax cut for the richest 10% of the population. Neither will there be the cash for Jeremy Hunt’s extra defence spending or an easing of corporation tax.

The reality for many firms has been delays to work they were promised. In many cases, teams have been assembled in anticipation of contract awards, only for delay to set in

We are all too used to unrealistic promises from politicians before a vote (even if this one is only for 160,000 Tory party members) – what they are actually able to deliver inevitably disappoints. And it’s to be expected that they jump on emotive issues such as education and health, widely seen as deserving of more public cash. Getting people to care about construction and infrastructure, however, is much harder. Unless you happen to work in the sector, you are probably blissfully unaware that its fate is so closely tied to that of the wider economy, and that being the case the decisions politicians make can either hugely help or hugely hinder.

Still, alarm bells should be ringing after the latest barometer for the state of health of the industry from the IHS Markit/CIPS. This survey of purchasing managers shows a collective collapse in confidence, even in the previously booming residential sector, indicating both construction activity and new work orders are falling faster than at any time since the last recession.

Overall construction output in June declined faster than in any month since April 2009, but it’s the commercial sector that appears to be suffering the most with work levels down for the sixth consecutive month and June’s decline being the steepest. Those surveyed are pretty clear in pointing to the culprit: Brexit and all the projects in limbo while this political shambles plays out.

Civil engineering is not doing much better, with a rate of contraction not seen since October 2009. Of course this is only one survey – in this week’s issue we also have reports from Experian Economics, which highlights ONS data that shows infrastructure work is a source of hope, increasing 11% in Q1 to £5.6bn and forecast to grow faster than any other construction sector over the next three years. So what better way for a firm to boost order books than win work on major schemes?

Well, yes, in the long term we know the need is there – this country has to upgrade, renew and build from scratch a whole host of key infrastructure projects. But companies that are relying on that work to come through now are facing huge frustrations. The reality for many firms has been delays to work they were promised. In many cases, teams have been assembled in anticipation of contract awards, only for delay to set in. In May, Balfour Beatty complained of this treatment and made it clear that in the case of HS2, jobs are on the line.

To go back to the politicians for a moment, suggestions from Johnson, the favourite to be PM, that the case for HS2 will be reviewed if he’s elected are not helpful here. This week’s interviewee, Philip Hoare, Atkins’ new president, is clear that election cycles do nothing to progress projects that have a strategic importance to the country which should “transcend politics”. While ministers will always be tempted to offer up extra cash to run public services better, arguably they feel much less the pressure to allocate more to capital spending. But Hoare, who in the massively pressured lead-up to the London 2012 Olympics worked on the M25 improvements, takes the view that long-term expenditure on infrastructure is so vital it should not just be left to here-today-gone-tomorrow politicians.

Of course, the industry has to accept that its own mistakes have led to costly overruns on some big-ticket items, Crossrail being the obvious and most recent example. The ripple effects from this one project are considerable, including a likely delay to the opening of Crossrail 2 in the early 2030s. Is it really any wonder the public and those who hold the purse strings have such a low opinion of the industry’s ability to deliver on time and on budget?

But Hoare, whose firm worked on Crossrail, argues that such problems should not be used as an excuse to put the brakes on future investment. And you can see his point. Infrastructure is not easy to get right, clearly. But that is not a reason not to do it, or to put off decisions that would enable decades-long projects to get off the ground.

What we need now is some brave politicians to push ahead with strategically important schemes for the good of the wider economy.

It may be that after all the leadership fuss is over, whoever comes out on top comes to his senses and sees the light. If such a miracle were to happen, it would be for Hoare and other industry leaders like him to prove their companies are up to the job. Let’s hope they are given the chance.