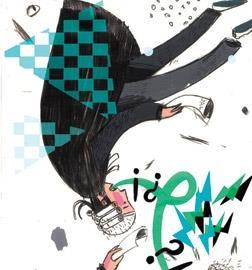 Despite changes to the law since the last recession, Chris Hill and Amanda Greenwood say that, as far as insolvency is concerned, adjudication rights are unclear

The precarious state of housebuilding and the appointment of administrators by developer City Lofts has brought the issue of construction insolvency to the fore.

There have been a number of important changes to insolvency law since the recession of the early nineties, but the way in which insolvency law interacts with the statutory right to adjudication is, in many respects, still unclear.

This feature of the Construction Act, however, does not sit comfortably with the case of A Straume (UK) vs Bradlor Developments, where the contractor (Bradlor) went into administration and its administrators commenced adjudication against the employer (Straume) for sums due. The employer served its own adjudication notice; this raised counterclaims that exceeded the contractor’s claims.

An issue arose as to whether the employer’s adjudication could proceed in the light of the Insolvency Act, which says: “During the period for which an administration order is in force, no other proceedings may be commenced except with the consent of the administrator or court.”

The court found that the adjudication regime did, indeed, fall within the scope of “other proceedings”. Straume’s adjudication, therefore, could not proceed without the court’s permission. Having decided this, the court refused to grant permission.

As long as this case remains the only authority on the point, it appears that where a counterparty is in administration, a claimant cannot simply commence adjudication “at any time”.

Where a respondent to adjudication is in compulsory liquidation, the Insolvency Act says: “No action or proceeding shall be proceeded except by leave of the court.” The Straume decision would, in our view, equally apply to a counterparty in compulsory liquidation, although this has yet to be tested. In the case of a voluntary liquidation, there is no statutory requirement to obtain permission, but the liquidator can apply for a stay of adjudication proceedings if it is in the creditors’ best interest.

Although the decisions in Straume Riverside may well be sensible from an insolvency point of view, they are counter-intuitive from a construction disputes perspective, given that the tide has, for 10 years, been running in adjudication’s favour and against litigation.

If a counterparty is insolvent, the adjudication mechanism in an adjudication bond can be used to obtain a quick decision as to the contractor’s liability without the need to adjudicate against it.

In the current climate, in which a party’s ability to adjudicate pursuant to the Construction Act may well be constrained by insolvency legislation, the adjudication bond will be an increasingly useful tool for any employer.

This article was written by Chris Hill, partner, and Amanda Greenwood, senior associate, at Norton Rose