Insurers told to pay out over covid 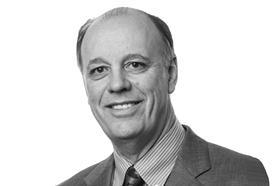 The Supreme Court recently ruled on the insurance test case brought by the Financial Conduct Authority (FCA) against Arch and Others. This was a decision that affected those who had procured business interruption insurance and had made claims against their insurers in relation to the detrimental effects of the covid pandemic on their businesses. The FCA was advancing claims for policy-holders, considering 21 lead example wordings from eight insurers.

The decision of the High Court at first instance, given on 15 September 2020, was favourable to the FCA, which succeeded on many of the issues. Shortly thereafter the insurers gave an indication of their intention to appeal against this decision, arguing that the financial effects of the covid pandemic fell outside the policy wordings. The appeal proceeded directly to the Supreme Court, thus leapfrogging the Court of Appeal. The Supreme Court delivered its decision and judgment on 15 January 2021, unanimously dismissing the insurers’ appeals and allowing all four of the FCA’s appeals (in two cases) on a qualified basis.

I reported on the implications this case would have for the construction industry in an earlier article (Building, 9 October 2020). The industry has been compelled to adapt quickly to the effects of the covid pandemic. To recap the key events of March 2020: on 5 March, covid-19 became a notifiable disease in England and Wales, and on 18 March the World Health Organization declared it to be a pandemic. On 16 March the UK government directed people to stay at home and to stop non-essential contact and unnecessary travel, working from home wherever possible. On 20 March various categories of businesses had to close followed by further lockdown measures which were introduced on 23 March.

Critically, disease cover was not limited to outbreaks wholly within the relevant area in the vicinity to insured’s premises

Critically, however, the construction industry has not been compelled to close down by the UK government, albeit specific guidelines had been issued to seek to allow social distancing or facilitating, wherever possible, a safe working environment. Inevitably, the progress and programmed delivery of construction projects have been affected, causing delays and disruption. Potential claimants have had to consider the terms of their agreements to identify any relief to which they might be entitled, and otherwise to recovery of the losses they have sustained. Thus, the decision of the Supreme Court in the FCA case has given cause for enquiry whether any typical business interruption cover may apply.

The court considered three categories of cover. First, disease. This provides cover for business interruption following the occurrence of a notifiable disease within a specified radius of the insured’s premises. The notifiable disease is to arise from any human infectious or human contagious disease manifested by any person. A key element of the wording is the location of the disease and its vicinity to the insured’s premises. The policies considered provided for radiuses of between one mile and 25 miles. The court’s conclusion in this case was that the cause of the business interruption was indeed the notifiable disease.

The insurers argued that the cover was limited to a local occurrence of a notifiable disease, thus excluding a pandemic such as covid-19. This argument was rejected. There would be cover where, as in this instance, a covid-19 outbreak in the relevant policy area was an indivisible part of the disease. Thus, critically, disease cover was not limited to outbreaks wholly within the relevant area in the vicinity to insured’s premises.

The second category of cover considered by the court was in relation to the prevention of access or hindrance by government or public authorities. These terms would apply if there were prevention, denial or hindrance of access to the insured premises as a consequence of government or other authority action or restrictions. Critically, the government issued guidelines but desisted from ordering the closures of building sites. This means there was no mandatory requirement.

Thirdly, there was reference to the hybrid wordings where there are restrictions imposed on the premises due to a notifiable disease.

The FCA’s success on behalf of policy-holders against the insurers is unlikely to have a major impact on the construction sector. This means that the focus must revert to the primary contracts of appointment and engagement of the parties themselves. This will determine the manner in which the covid pandemic risk has been allocated.