International Women in Engineering Day: let’s get the message right 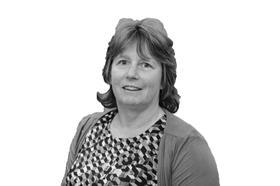 Last October a professor at the University of Pisa caused a media storm when he opined that ‘physics was invented and built by men’, and claimed that men score progressively better than women as their physics careers progress. Such comments – which were condemned by CERN as ‘highly offensive – were an uncomfortable reminder that young women still find themselves facing overt hostility from the men who are supposed to be teaching them.

Physics is a core subject for engineers and, on International Women In Engineering Day, it’s important to remember that the current push by government and industry to encourage more girls to study physics at A Level and engineering at degree level must involve not simply encouragement but also fighting the active discrimination that women still encounter.

However, after three decades of working as a woman in engineering and construction, I am pleased to say that such views such are now anomalous. Last year, the Nobel Prize for Physics was won by a woman for the first time in 55 years. And the younger female engineers in my company say that they rarely encounter sexual discrimination in the construction industry. Most construction companies recognise the importance of a gender-balanced workforce and are delighted to hire female engineers whenever possible.

There is one area where indirect unequal treatment still occurs: because women still do a disproportionate amount of childcare, working mothers can find it a real struggle in an industry where, largely for historic rather than practical reasons, it is not uncommon for site work to start at 7.30 am and end at 2.30 pm. Early morning child care is much harder to find than evening child care. But even this situation is starting to change. We are increasingly saying to construction clients that the consultant they are using has childcare responsibilities, so the working hours on the project will be 10am to 5pm. Most clients are happy to make this adjustment.

A change in public perceptions also vital. The pool of women that construction companies can hire from is still limited, partly due to many women believe the construction industry is sexist. The industry is at least partly to blame. Publicity materials are often male-dominated, with photos of men in hard hats, male-authored articles and even masculine language in job adverts. Construction companies need to promote female engineers by including photos of women working on-site in company marketing materials and ensuring that there are just as many photos of women as there are of men prominently visible on websites.

Public perception is the key because the roots of a scarcity of female engineers starts very early. Boys and girls perform equally well at GCSE physics and that this does not translate into equal numbers at A Level. Female students made up only 22.2% of physics A-level entrants last year, though there was a 6.9% increase in the number of girls sitting physics A Level compared with a 2.4% increase for boys.

The way that physics is taught in school is often very dry, and its reputation for being boring puts off boys and girls alike. However, for boys this countered by the deeply ingrained cultural perception that engineering is good job for a man. “I want to be an engineer” is one of the most popular answers boys give at a young age. A young girl still needs to be swimming against the tide to have engineer on her list. It is common for female engineering students to say they chose physics because experienced an epiphany in which they realised that the things they were interested in – such as architecture and building design – involved specific machines and that they could find jobs as engineers making these machines.

It’s therefore, vital to engage in outreach efforts for mid-teen girls. This includes high-quality external careers advice, but it would also help immensely if more mid-career or older engineers with experience in the construction industry went into teaching. Engineers provide invaluable insights into how physics can be applied in the working environment and can do much to make physics relevant to the technologies and buildings that interest girls.

There are several routes that can take professional engineers into schools. These include volunteering as a STEM ambassador; many companies encourage their staff to volunteer as part of their corporate responsibility initiatives.

Alternatively, engineers can retrain as teachers by joining a school-centred initial teacher training (SCITT) programme in which participants support teachers and gradually ease into teaching under the guidance of qualified teachers and a learning programme. Teachers trained in this way say that they are more able to consider how maths and physics can be used in practical applications, which makes STEM subjects more interesting than pure theories. There are several options for SCITT programmes; many offer courses on which participants are salaried.

Engineers can of course also take the traditional route into teaching through a one-year course, with time spent in school, that leads to a postgraduate certificate in education. The government offers grants for many science and maths subjects to assist with retraining to encourage more teachers into STEM subjects.

Teaching is not the only way to influence education and encourage girls into engineering careers. Schools are keen for professionals and parents to stand as governors in their schools to offer support. Universities also take guest professional lecturers. Companies that encourage staff into schools see a two-way benefit and, in many cases, can use the experience as case studies for clients and to demonstrate local community engagement, as well as developing the next generation of apprentices, school leavers and graduates. Getting a room full of young children excited about STEM is one of the most satisfying things I have ever done.