The judgment highlights that interpretation of contract documents requires one to determine what a reasonable person, with the background knowledge available, would have understood the parties to have meant 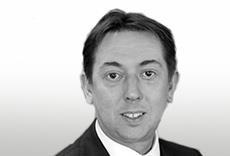 JN Bentley Limited (‘Bentley’) was engaged by RWE Npower Renewables Limited (‘RWE’) to carry out civil engineering works at a hydro electric project in northern Scotland. Bentley’s works included the construction of the powerhouse, a 3.5 km penstock pipeline for channelling water to the powerhouse and a tailrace to return the water. The hydro plant equipment was to be provided and installed by others.

Clause 2 of the Contract listed the contract documents, which included the NEC 3 Engineering and Construction Contract Conditions 2005 (revised 2006), Contract Data sheets Parts 1 and 2, Post Tender Clarifications, Works Information and Site Information. It provided that the documents were deemed to form and be read and construed as part of the agreement. They were listed by order of precedence.

Bentley’s works were to be completed in three sections. The Contract Data Part 1 described Section 2 as comprising “…completion, including testing, of the intake, penstock pipeline and tailrace and the powerhouse (including building services), to allow Hydro Plant to be installed…”. These works were to be completed by 27 May 2011 but one of the key dates prescribed was completion of pipeline testing by 24 November 2010. The Contract Data Part 1 also provided for liquidated damages for late completion of each Section. The daily rate for Section 2 was £2,544.

The Contract Data Part 2 comprised documents to be provided by Bentley which included a Contract Programme Revision C. This programme showed the penstock pipeline was to be completed some six months before the commencement of the Hydro Plant installation.

The penstock pipeline was not actually completed until 25 October 2012, although the balance of Section 2 was completed on 21 February 2012. A dispute regarding liability for liquidated damages followed and was referred to adjudication.

In January 2013 the adjudicator decided that the requirements for completion of Section 2 described in the Contract Data Part 1 should take precedence over the requirements appearing in the Works Information. RWE was dissatisfied and so issued Part 8 proceedings in court, seeking a declaration that the completion of the Section 2 works was defined by paragraph 6.2 of the Works Information.

RWE argued that, in the absence of material ambiguity between the various documents, there was no need to apply the order of precedence as, even though there were some discrepancies in the definitions of two sections, when the contract was looked at as a whole, it was clear that Section 2 included completion of the penstock pipeline.

Bentley argued the definition within Contract Data Part 1 took precedence and it only required completion of a sufficient part of the penstock pipeline as was necessary to allow the hydro plant to be installed. Bentley submitted the differences between the Contract Data Part 1 and the Works Information definitions were clear and largely irreconcilable.

The judgment highlights that the interpretation of contract documents requires one to determine objectively what a reasonable person, with the background knowledge reasonably available, would have understood the parties to have meant, with the more commercial construction being adopted if more than one interpretation is possible.

The judge remarked that with commercial contracts, it is first necessary to analyse apparent ambiguities in order to establish whether or not there are any unresolvable conflicts that necessitate reference to the precedence provisions. The judge specifically warned against parties seeking to identify ambiguities by reviewing discrete elements of the contract documents in isolation and then comparing the results. The judge said that if, following a review of all of the contract documents, it is possible to identify a clear and sensible commercial interpretation that does not produce an ambiguity, then that interpretation is likely to be correct.

For the purposes of avoiding disputes it is clearly important to avoid any ambiguity in the wording of contracts. However, as in this case, construction contracts will frequently be made up of a number of separate documents that have been prepared by different parties. For practical purposes the sheer volume of paperwork will often preclude a line by line analysis of all contract documents to ensure absolute consistency.

This judgment may be read as a strong discouragement to place reliance on order of precedence provisions for every apparent discrepancy in the language of the contract without first properly analysing the contract and applying a commercial interpretation.