David Cameron wants to issue the first Islamic bond outside of the Muslim world. Hamid Yunis, one of the people consulted on the government’s plan, looks at what this could mean for the UK construction sector 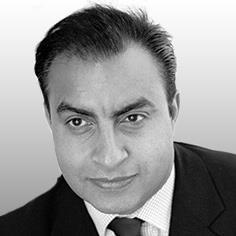 At the recent World Islamic Economic Forum held in London, David Cameron announced plans for the UK to issue the first Islamic bond outside the Muslim world. This is a particularly intriguing prospect for those with an interest in the UK’s construction and development industries, as it could ease access to finance for much needed, large-scale infrastructure projects.

So, why has the government decided to make this announcement now? There are several reasons. First, launching an Islamic bond will enable the UK to exploit further pockets of liquidity from the Islamic world. Second, the proposed bond underlines a desire to enhance the UK’s and the City of London’s position as a global leader in the structuring and implementation of Islamically financed transactions.

How will the bond affect the infrastructure industry?

Islamic finance needs to invest in “real assets” which are tangible and ethically sound and, as a result, one of the best fits for this is bricks and mortar. This is reflected in the trend over the last decade or so, for Islamic investors to invest in real estate, in particular trophy residential and commercial assets.

The planned bond should be seen as exciting news for the UK infrastructure industry, which has struggled to reach the same levels of output since the heyday of public private partnerships and private finance initiatives.

Any funds raised through sukuk can only be used if they meet a number of islamic principles. for example, any proposed and underlying asset must be ‘halal’

Indeed, some of the financing and contractual structures that underpin an Islamically compliant bond will be similar in nature to existing project structures, in particular sales and leasebacks.

This bond should stimulate a substantial degree of interest from those wanting to access these markets, provided they can also satisfy the additional Islamic compliance elements.

Furthermore, while the figures given are a drop in the ocean in terms of large-scale infrastructure projects, it is hoped that the bond will attract further investment from UK corporates which could provide the sector with an additional boost.

What is an Islamic bond and how does it differ to other bonds?

An Islamic bond is a bond structured in accordance with Islamic principles. The Islamic bond (or sukuk) is different from a conventional bond in that it provides the investors or certificate holders with what is in effect an undivided share of the ownership of the underlying assets. A conventional bond would not normally allow this.

Additionally, any funds raised through a sukuk can only be used if they meet a number of Islamic principles. For example, any proposed transaction, and indeed the underlying asset which underpins the financing, must be “Halal” or in other words, religiously permissible and ethical in nature. For example, this would prevent transactions that involve the payment and/or receipt of interest; investment in overly uncertain or speculative transactions such as gambling; and a prohibition on assets or activities that are deemed to be unethical.

There are several Islamically compliant structures already in place in the UK. Some of the most common are:

The Islamic bond talked of by the government complies with the ethical condition relating to the underlying asset; it would allow financing to be used for assets such as schools, hospitals, roads and bridges. It will be interesting to see, over the next year or so, how the Islamic bond develops and how the UK’s regulatory and taxation regime allows it to be implemented. These factors will be key in determining the bond’s success and whether it can open up access to the global Islamic market and ultimately kick start infrastructure projects in the UK.

The industry will be keen to see if companies do join the government in issuing their own sukuks, which could stimulate further investment into the construction sector. One thing we can be certain of is that this announcement has made sure the world knows the UK is open for business for Islamic finance and investors.