Stimulating the housing market is a fine old idea, but it requires a planning system that is up to the job. Debbie Aplin considers what can be done to improve chances of getting on site 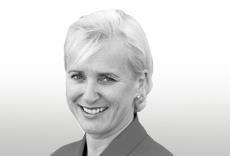 Given recent government announcements about the need to stimulate the housing market and increase delivery volumes, the question of whether the planning system is fit for purpose, and whether local authority planning departments will be able to cope with higher volumes, becomes ever more important.

The government has instigated a number of positive initiatives in order to realise the underlying economic benefits delivered by the construction of new homes. However, while the National Planning Policy Framework has put economic growth back on the agenda, it can sometimes be pitched in battle against localism.

232,000 homes are required annually in England, just to meet the growth in the number of households. there is still much work to be done

There seems to be an acknowledgement that we need new homes - whether affordable or open market - but there is also an inconsistent message coming from local planning authorities. This is further hindered by the lengthy process of adopting local plans, combined with shortfalls in identifying a five-year land supply and the slow take-up of neighbourhood development plans.  Furthermore, budgetary constraints and understaffing at local authority level are concerns if a greater number of schemes are quickly and successfully to make their way through the planning system.

So how can we bring these new homes forward? For a start we need to work with the community, embracing localism in the true sense of the word. For this we must engage all sectors of society; not just those opposed to development but also those that support it and see it as integral to their and their children’s future. With the introduction of localist policies, it has become easier to engage with local politicians and organise community consultation activities, reaching those that perhaps would not normally have taken an interest. This will provide us with refreshing new ideas and offer communities a sense of inclusivity, and should be encouraged.

However, better engagement on its own is not enough. Unless local authorities are able to resource their planning departments effectively, it will be increasingly difficult for them to up their game.

Like councils, housebuilders (particularly SMEs) have limited resources in terms of both finance and overheads. Hence the industry norm is to choose the line of least resistance when considering where to develop; albeit the question of viability remains uppermost. Housebuilders are already bearing the cost of making applications, including adhering to complex planning regulations requiring numerous technical reports, such as environmental impact assessments. But we should recognise that we can help by assisting local authorities process these things: planning performance agreements and paying for planning officers on larger schemes has usually resulted in an improved service.

Local councils are realising that their traditional management methods might need an overhaul. Where demand for services is increasing, questions arise over the most cost efficient method of meeting that demand. An over-reliance on the use of consultants, rather than the recruitment of additional staff, is just one issue.

Another is the fact that while many sites have an approval at planning committee, their final decision notice is withheld pending the immense amount of work required by both the planning officer and developer in negotiating the section 106. While the Community Infrastructure Levy has been designed to provide clarity to the developer and reduce the items up for negotiation, complex viability assessments have become more prevalent and are a time-consuming obstacle in signing the legal agreements, often creating a difficult relationship with planning officers in the process. Even once a decision notice is issued, there is still an increasing number of pre-commencement conditions to discharge and, all too often, no officer able to discharge them. Being able to resolve a simple method of either signing section 106 agreements or the timely discharge of pre-commencement conditions will do much towards bringing forward developments and increasing housing numbers.

We need to work with the community, embracing localism in the true sense of the word. For this we must engage all sectors of society

These issues are vital now we are seeing signs of revival, with returning consumer confidence fuelled by an easing mortgage market. Developers have the confidence to make more applications, which has resulted in a corresponding rise in the number of permissions being granted.

The Home Builders’ Federation has said that councils granted permission for 45,041 new homes in England in the fourth quarter of 2012, an increase of 61% against the same period in 2011. The number of residential units approved on large private sector projects rose to 129,400 for 2012 as a whole, representing a 19% increase on the previous year. However, with official projections suggesting an additional 232,000 homes are required annually in England, just to meet the growth in the number of households, there is still much work to be done. Let’s hope local authorities gear up for the challenge.