Jackson Reforms: Spare us the rod

The Jackson reforms address unacceptable practices in some civil courts – none of which occurred in the TCC. So why are the same measures being imposed on construction litigation? 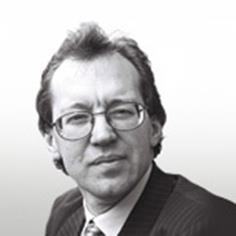 I attended the Civil Justice Council Conference on the impact of the Jackson reforms on costs and case management on 21 March 2014. Here, I would like to share my thoughts on it, wearing my hat as the chairman of the Technology and Construction Solicitors’ Association (TeCSA).

Lord Justice Jackson was given a challenging task. The energy expended in trying to reduce costs is laudable, but the finished product is somewhat misconceived for the construction litigation world, and has potential for unintended consequences. Draconian penalties for trivial infringements damage trust and can constrain collaboration between legal teams.

The Technology & Construction Court (TCC) has been one of the most efficient parts of the civil justice system. One thing Lord Justice Jackson did in his years in charge was put it in this position and his successors have maintained that lead. There is, however, now a fear that all that might change due to the direct applicability of the Jackson reforms to the TCC, in having had to address unacceptable practices that existed in other courts and areas of legal practice.

The simpler the procedure, the more time is available to concentrate on the issues in the case and the more cost-effective the process of dispute resolution becomes

The conference revealed that for some court users the downhill slide started with Lord Justice Woolf’s introduction of detailed case management by the court. From that point, some say those responsible for writing the rules set off in the wrong direction. Detailed case management by the court should not be necessary unless one of the parties flouts the process, or requests it, or where unrepresented parties are involved. It stymies flexibility, inhibits the use of common sense and increases cost.

As for costs budgeting, I for one was not cognisant of uncontrolled litigation costs in the TCC, but in other areas there were major issues. Of course some good has come of these reforms - referral fee bungs for ambulance chasers are now illegal, and many dodgy referrers have left the market, but the big ones are still out there. So are the dire television and radio adverts, and the clients - there has not been a major dropping off in claim numbers as had been predicted, at least not yet. It seems clients are getting used to paying part of their damages in legal fees and ATE premiums. Loss of success fee recovery and a drop in no-win-no-fee abusers, are sins rightly attacked hard, but, in our neck of the woods as the TECBAR submission nailed on the head, why the rod and the slipper?

The Andrew Mitchell case is seen by most solicitors and barristers as a disaster - relief from sanctions guidance is all over the place and inconsistent. In the plenary sessions the Mitchell decision was unanimously criticised, as was the new proportionality test. The lack of flexibility, exacerbated by Mitchell and subsequent decisions was repeatedly complained about.

I say above all, curb this prolixity where there is a rule, backed up, or confused, by a practice direction (PD) with a protocol on top for good measure. Dispense with all but the most essential pre-action protocols, but save the construction one - because it works! Edit those that survive. Get rid of PDs that are often a reiteration of the rule. Life would be easier and cheaper if the rules were simplified. Next time there is a brainstorm over the rules of procedure, they might consider ways of reducing the administrative burden of running a case, which nowadays accounts for much of the cost. The simpler the procedure, the more time is available to concentrate on the issues in the case and the more cost-effective the process of dispute resolution becomes.

In summary, the hope is things will bed down, and we will all get a few tangible benefits:

I can’t help thinking we need another year to see how this pans out. My guess is the TCC will temper the harshness of Mitchell on trivial slips that do not jeopardize trial, but if I am wrong TeCSA will push its feedback though to the judges via the Technology & Construction Court User Group and joint symposia with TECBAR – to which the judges are always invited.