Justice must be seen to be done 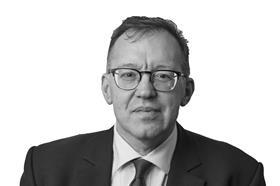 As many readers know, the Technology and Construction Solicitors’ Association (TeCSA) is a pre-eminent specialist body of solicitors representing those that practice in the construction and energy areas of the law. It has also for the last 20 years been a highly regarded adjudication nominating body (ANB) with a true multi-disciplinary panel of adjudicators.

TeCSA’s Adjudication Rules for construction disputes are a popular choice, for two reasons. First, they are radical about trying to ensure the dispute is actually resolved, notwithstanding the short time limits laid down by the Construction Act. Second, its rules do more than most to ensure the enforceability of adjudication decisions in practice.

The rules make clear the underlying purpose of the adjudication is to decide disputes as rapidly and economically as is reasonably possible. In terms of making decisions as for enforceable as possible, Rule 12 gives the adjudicator the power to decide his or her own substantive jurisdiction. Without such a provision, which is still fairly unusual, the adjudicator would not be empowered to make a binding decision.

The law and practice is ever moving, not least in the area of apparent bias where ultimately, parties and adjudicators alike must ensure they are entirely open about any previous relationships to avoid any inference of bias

TeCSA also offers an adjudication service, and regularly updates the requirements for its adjudicators to reflect the latest rules of the court on practice and procedure. Its updates particularly aim to address the following two areas of indirect judicial interest in recent years:

TeCSA has also for many years maintained a central register of all adjudicator appointments. It knows who has been appointed, when, the parties and the representatives involved – just in case an issue might later arise.

TeCSA has just revised the TeCSA adjudication service; the revised rules and nomination forms can be found at www.tecsa.org.uk.

TeCSA’s view has always been that it should set high standards for those who join its adjudication panel and who therefore may be nominated from time to time to act as adjudicator. The law and practice is ever moving, not least in the area of apparent bias where ultimately, parties and adjudicators alike must ensure they are entirely open about any previous relationships to avoid any inference of bias or foul play. Such concerns have been looked at closely by TeCSA. When an adjudicator becomes too comfortable with one party it can lead to accusations of apparent bias, and guidance is necessary and now given.

The adjudicator, upon receipt of an enquiry as to availability and eligibility for a nomination by the chairman, must now when responding to such an enquiry in the affirmative give the undertaking in the TeCSA Adjudicator Undertaking form contained in Appendix 1.

Paragraph 8 of that Undertaking is now the operative part and requires the adjudicator as soon as practicable, to bring to the attention of both parties any issues that might reasonably be perceived as likely to give rise to a conflict of interest and/or apparent bias at any future stage of that adjudication up to the date of issue of their decision. The purpose is to ensure candour and transparency and avoid implications or adverse inferences being drawn.

The update to the TeCSA adjudication service (including its adjudication rules and nomination processes) does as follows:

TeCSA has also updated the grievance procedure for adjudications: