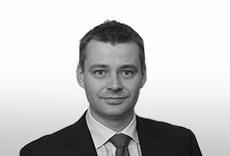 In some cases the Council could be allowed to use compulsory purchase powers to acquire land held in land banks which could then be sold onto other developers who would then build on it.

Land banking by some developers is just one of the many reasons for the house-building shortage. Other difficulties include the complexities of the planning process and the availability of finance for particular schemes. Whilst it makes sense to provide incentives for investors and builders to develop much needed new housing it may be that by addressing one problem the proposals would make others worse.

The devil will be in the detail - and there are a lot of details to be worked out before it can be known whether these plans will help or hinder. It is certainly questionable whether adding further red tape to the planning process will actually help. It may also be that the “use it or lose it” threat will make it more risky for banks to lend to house-builders.

The net effect of these proposals could be to make it harder for house-builders make their much-needed contribution to the economy and to solving the housing shortage.

Lee May is an associate at Brachers LLP