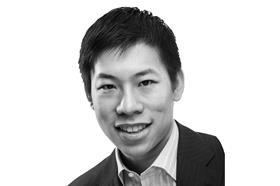 As the first British prime minister to call a European referendum said, a week is a long time in politics. How long then is a half-decade in the swift-flowing realm of digital construction?

It was in February 2013 that the Construction Industry Council (CIC) and the BIM Task Group introduced their first BIM Protocol. A document intended to help project teams fulfil the government’s Level 2 BIM mandate (interestingly, the 2011 Government Construction Strategy referred to “fully collaborative 3D BIM” rather than Level 2 maturity), it set out each member’s roles and responsibilities for the building information model and took priority over terms in the relevant construction contract. Now the CIC returns with a second edition.

Looking back, its forerunner could be oddly discombobulated where it came to collaborative working. Project team members retained ownership of copyright in electronic data while others received user licences – yet these might potentially be suspended or revoked for non-payment, which could be disastrous in a BIM project. The common data environment (CDE), regarded as essential for co-operation, was barely alluded to. If the employer compiled the technical information required by the BIM Protocol’s appendices inadequately, the protocol struggled to facilitate BIM at all.

The original protocol displaced the underlying contract whenever there was a conflict or inconsistency. That didn’t seem particularly collaborative. Now parties must agree a solution

Cynics might argue this was not really the point. The protocol might not have established what Level 2 is or isn’t. Where it succeeded, however, was in drawing attention to limits for legal liability at a time when there was substantial worry on the matter among consultants and professional indemnity insurers.

New versions tend to be iterative. However, the authors have paid careful heed to feedback on the first edition calling for a more market-appropriate instrument, not least a report from the King’s College London BIM Research Group. With industry becoming comfortable in its understanding of Level 2 risks, the CIC felt able to loosen the reins this time around.

Out go stipulations that previously alarmed employers. Licences are no longer revocable. Indeed, the protocol’s copyright provisions only apply to the extent their subject matter is not already tackled in the contract. Whereas team members previously had no liability for the integrity of any electronic data delivered in accordance with the protocol, this has been redirected to software compatibility. Project team obligations once subject to reasonable endeavours, such as delivering models compliant with the information requirements, have been enhanced. Employers may also request parties provide information and assistance in connection with any asset information model, to assist soft landings.

Licences are no longer revocable. Indeed, the protocol’s copyright provisions only apply to the extent their subject matter is not already tackled in the contract

The original protocol displaced the underlying contract whenever there was a conflict or inconsistency. That didn’t seem particularly collaborative. Now parties must agree a solution. A protocol less likely to contradict the construction contract and cause uncertainty is an important factor for those pondering its use.

The revised protocol assumes that users will apply the increasingly popular UK PAS 1192 framework to generate their BIM processes. Specifically, it is aligned with PAS 1192-2, a document that provides standardised practices for construction works at Level 2 in the UK. So while the protocol had focused on models, it has expanded to cover information. “Levels of detail” have been replaced by “levels of definition” – matching the framework – while a responsibility matrix supplants the model production and delivery table. The employer’s information requirements and BIM information plan are to be produced in accordance with PAS 1192, with members sharing and publishing information under the CDE process. This harmonisation of terminology is welcomed because the earlier differences could disorient newcomers using the British Standard (as NEC4 may encounter with X10). Certainly, it fits with the present JCT suite, where a BIM protocol is treated as a contract document.

The second edition further reflects a more recent edition to the toolkit, PAS 1192-5. That’s designed to implement cyber-security measures for electronic information and creates the role of a built asset security manager.

With the CIC addressing the primary concerns with its predecessor, we have a protocol soundly placed to meet current market needs. Such things have relatively short shelf-lives, however, and even now we should consider the next update. That could conceivably pick up blockchain, as well as include greater recognition of multilateral procurement arrangements. Additionally, it may be worthwhile for the CIC to co-operate with information managers and built asset security managers to incorporate a degree of “default settings” in the event that parties continue to leave tracts of the protocol’s appendices blank.