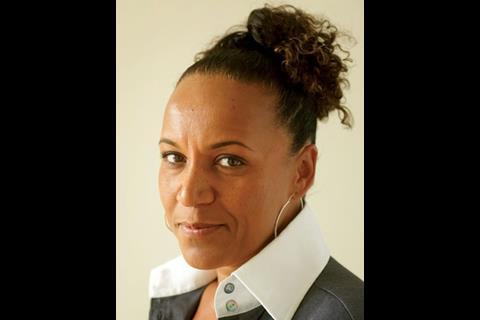 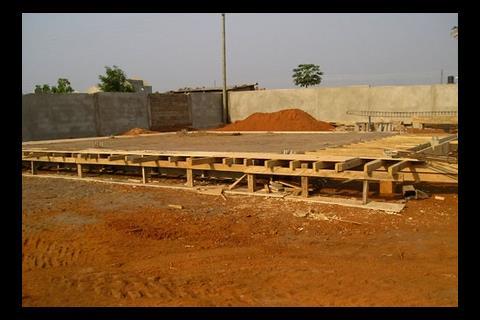 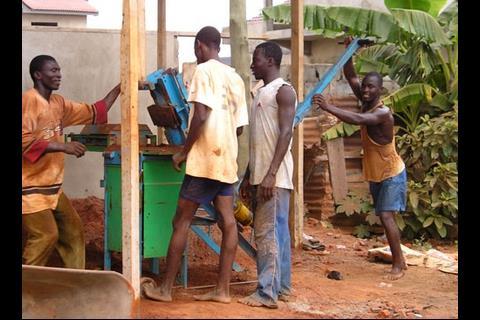 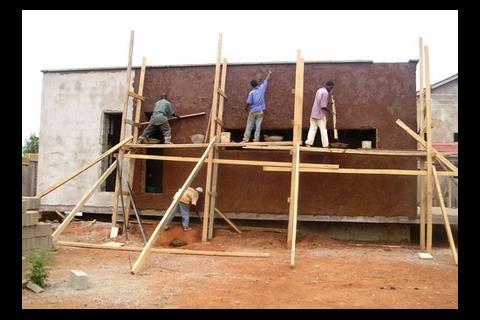 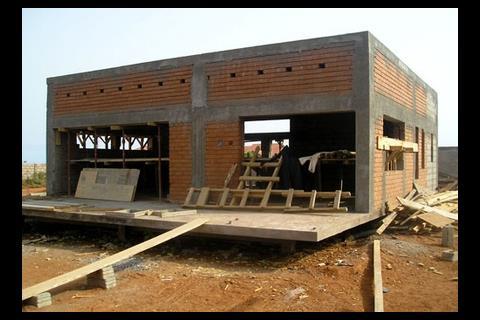 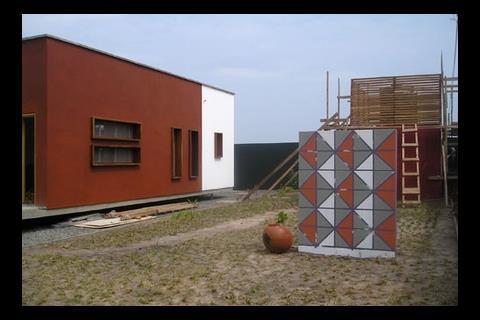 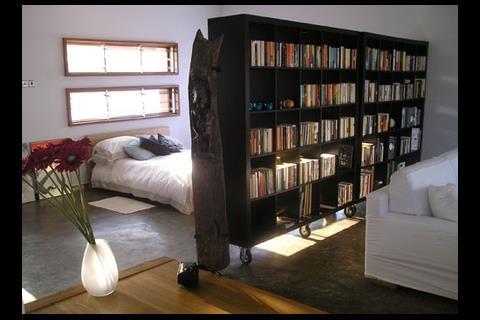 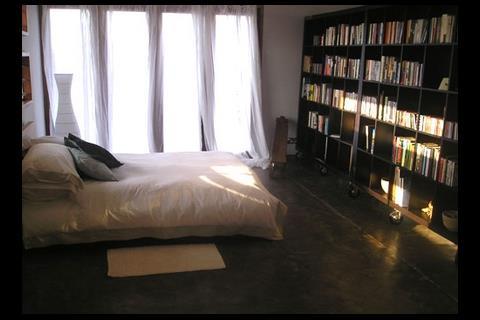 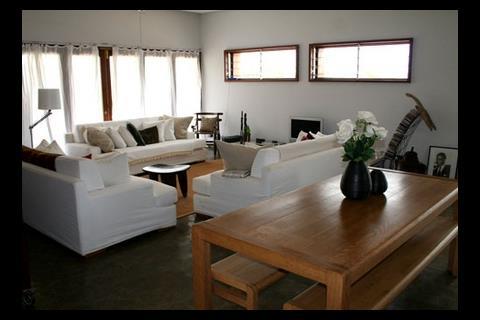 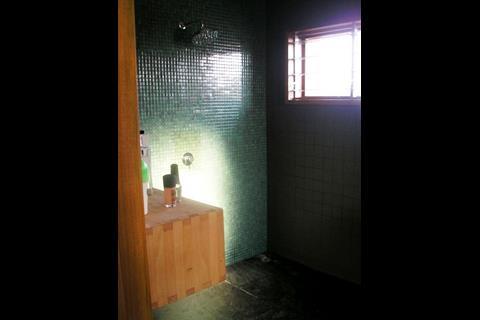 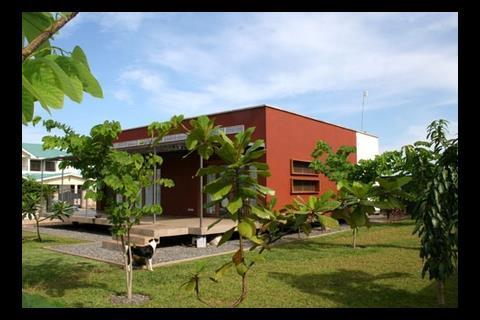 Erotica isn’t perhaps the first thing you think of when Building drops on your desk, but then it’s not every week we get to interview best-selling bonkbuster author Lesley Lokko. Emily Wright spoke to her about her African upbringing, her training as an architect and, well, you know, the naughty bits …

Lesley Lokko’s north London flat is immaculate. Not a scatter cushion or a perfume bottle out of place. The neutral colour scheme is broken by the delicate pinks and purples of several carefully placed orchids – and a pair of ruby red Birkenstock shoes in the bathroom. But even they have been lined up and neatly slotted under the radiator. “Tidy?” laughs Lokko. “I’m an architect for goodness sake! Once anally retentive, always anally retentive.”

Lokko grew up in Accra, Ghana, before spending her late teens and early twenties moving around the UK, the US and South Africa, training as an architect and becoming a tutor on the subject. She now splits her time between London and Accra where she has designed and built her own home – a modern mud house. Her passion for architecture and travelling inspired her to teach.

Four years ago she took these passions one step further and penned her first novel, Sundowners, a steamy tale of the relationship between an architect and a diamond merchant’s daughter. Now, three published works later, she is a best-selling member of the “bonkbuster” generation – women who write sexually adventurous novels with more substance than your average Jackie Collins.

Totally relaxed on a rainy Wednesday morning, Lokko potters round her flat in a pair of jeans, her black curls swept up on top of her head, and talks about growing up in Africa, falling in love with architecture and writing the perfect sex scene.

Lokko was born in Scotland in 1964; her Scottish mother and first-generation Ghanaian father met while he was studying medicine at St Andrews. The family moved to Ghana when she was nine months old. By the time she was 10 years old she had three younger siblings, and her mother was no longer part of her life. “She was not well. That’s all there is to say about it really,” says Lokko, politely guarded.

Being the eldest of four she felt a responsibility towards her brothers and sisters, something she says took up a lot of her time and head space as her father was often away with his job as the doctor for the military boxing team. “I didn’t get much time to myself,” she recalls. “As a result, being on my own is one of my greatest pleasures as an adult. I hide away for two or three months at a time to write without seeing a soul and I love it. ”

Lokko’s upbringing was happy but pressured. Her father had incredibly high expectations and the international school she went to was teeming with bright students. She never thought of architecture as a career while she was there – she doesn’t think it would have gone down well – “a bit too creative, I think.” But looking back, she recognises her interest from a young age.

“I used to read magazines about homes and interiors that people brought over from the UK when they visited,” she says. “It was the seventies and fitted kitchens were all the rage and I thought they were amazing. I would flip through the home magazines and fill out the forms at the back for kitchen brochures. The Ghanaian post was awful so normally nothing would come for six months and then I’d get 15 at once. I used to love looking through them, examining how the kitchens looked, how they’d been fitted. This never struck me as being strange. It was just my thing.”

It wasn’t until Lokko was 19 that she seriously considered becoming an architect. She had moved back to England to do her A levels and got into Oxford university to study Hebrew and Arabic but, not happy in England, followed her boyfriend out to LA after her first term. “I was doing admin work in the States and planning to do a law degree. The guy I worked for was always going on about his plans to open a chicken restaurant. One day I quickly sketched out how it might look for him and designed a counter and interior. He looked at it and said I was mad to be considering law and that I should be designing buildings and interiors for a living. The thought had never crossed my mind and I realised he might have a point.”

So Lokko moved back to the UK after securing a place at UCL’s Bartlett and settled in London to do the course. She enjoyed it but found it incredibly tough. “I was a terrible degree student. I was too impatient to actually knuckle down and learn. I was always thinking about the next step.” She took two years out between her degree and diploma to travel around South Africa and this is what inspired her to look at the connections between architecture and culture, race and travel. “It suddenly clicked for me. I realised I wanted to look at architecture in terms of cultural identity.”

Upon her return, Lokko finished her diploma and then went straight into teaching architecture students in the UK and US. She used this as an opportunity to relay her thoughts on how architecture could be studied in relation to culture and race.

It was at this time Lokko began to write in the evenings and at the weekends, creating a fictional story combining her passion for architecture and culture. “A story of a relationship between the fictional son of Nelson Mandela, an architect, and the supermodel daughter of a South African diamond merchant came about.” After an unhappy time spent teaching in Kingston, Lokko grasped the nettle and got in touch with an agent in 2002. “It was exciting and terrifying but I got a very good book deal for my first novel, Sundowners, and was able to give up teaching and focus on writing.”

Lokko’s books – she has three published and two in the pipeline – touch on issues close to her heart. Architecture of course, culture, race, travel. They also all focus on central relationships both in terms of love and sex. “I enjoy writing the sex scenes. It’s great fun!” she laughs. “My publisher said once, ‘you write sex well Lesley, it’s not too gynaecological.’ I took that as a compliment.”

She does admit she found it hard to know her father had read her carefully crafted bonking scenes. “After he read Sundowners, which is particularly raunchy, I was so embarrassed I haven’t been able to look at that book properly since! He didn’t say a word but I wanted to say, ‘I haven’t done any of that stuff Dad. I just heard about it all from my friends…’”

Securing a book deal, handing in a PhD and giving up her teaching job all in the same year was a shock but she says it was just what she needed. “I always felt I was half in and half out of architecture because I was always distracted by this desire to explore culture and anthropology. Writing allows me to explore exactly what I want, when I want.”

That’s not to say Lokko has turned her back on the architectural world. She has designed her own house in Ghana, completed in 2005 (see attached images). That was the most stressful period in her life so far she says. “Building and construction in Africa doesn’t work like it does over here. People don’t listen and although I love my house there were so many mistakes made along the way that I had to make a lot of compromises. One big cock-up means there is now an electricity leak somewhere. When you have a shower there you have to wear flip flops!”

As the interview draws to a close, the photographer and his assistant leave and Lokko, as if on autopilot, sweeps the empty coffee cups and biscuit crumbs away and pulls the kitchen chairs back to their original positions. And everything is once again perfect, everything matches. Well, everything except those ruby red Birkenstocks tucked away on the bathroom floor.

The sexiest box you’ll ever read in Building …

“She stiffened, her whole body shivering with pleasure. She mumbled something inarticulate and grabbed hold of his hand … and then suddenly she was on top of him, lifting her arms above her head as she unwrapped her dress in that languid way that only women knew.”

“’Ameline,’ he gasped, breaking for air. But he couldn’t stop; neither did she want him to. They made hasty, trembling love right there on the floor behind the counter.”

“It didn’t take long for him to dispose of most of the rest of her clothing, and before she quite realised what was happening, she was practically naked.”

My favourite CD is … Three Colours: Red by Preisner. It is incredibly lyrical without having to have words.

I am terrified of … snakes

The last time I lied was … last night. My boyfriend called and asked if I was busy. I was but I said I wasn’t and could talk to him. He can get sensitive when I always say I am busy. So it was a nice lie.

I never leave the house without … foundation

The thing that makes me feel the most guilty about my carbon footprint is … having two homes. Especially as one is in Africa.

My favourite building is … the old American Embassy in Accra