Let’s hear it for the engineers 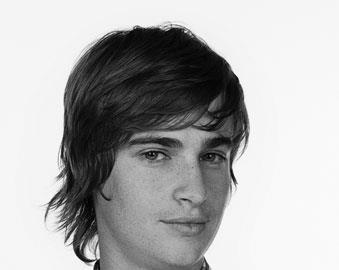 New thinking: We’re qualified, skilled and creative, so why do even our colleagues fail to recognise the importance of engineers? Aaron Wall kicks off a series of columns by our graduate advisory board

Despite embarking on my career just three years ago, I’m already beginning to feel that people’s perceptions of the role of engineers is somewhat inaccurate. We are often viewed as those people who fix rather than design things.

When asked for my occupation I reply “structural engineer”, and this is often met with: “So you’re like an architect then?” That may not reflect everyone’s view, but it illustrates why engineers often feel they don’t receive sufficient recognition for their job.

Last year, a study by the Royal Academy of Engineering and the Engineering and Technology Board concluded that the reason for this lack of awareness was partly owing to the misuse of the term “engineering” to describe a variety of trades. The term originated in the 13th century, from the Latin word “ingenium”, which means “innate skill or talent”. This is part of the reason we are proud to be engineers.

The lack of public recognition for the work we do is understandable, as much of it is hidden behind facades. However, when similar levels of ignorance are shown by those within our industry it’s more annoying.

Furthermore, there is a lack of respect by the government. One recently qualified engineer submitted a petition to the Downing Street website demanding “professional status for engineers and engineering”, which gathered 35,346 signatures by the time it closed. It was met with the response: “It would not be practical or appropriate for the government to introduce new legislation on this matter.” The respondent went on to talk about the government’s desire to increase the number of people studying engineering to ensure we have a “world-beating workforce”.

Although this is important, it leaves those of us working in the UK fearing that we’ll never get the recognition we feel we deserve; recognition that would bring us in line with the rest of Europe, where engineers have the same professional status as doctors and lawyers. In the UK even banks see engineers as non or semi-skilled workers.

The term engineer originated in the 13th century, from the Latin word ‘ingenium’, which means ‘innate skill or talent’. This is part of the reason we are proud to be engineers.

It is a well-known fact that there is a significant shortage of engineers, yet there appears to be little to prevent qualified engineers leaving the country to work overseas or leaving the industry altogether.

At least working for an international company provides the option of spending time in locations where our profession seems to be highly regarded. Some of my colleagues at WSP have transferred to offices in Stockholm, Dubai and Las Vegas, where they seem to be given the status and recognition they deserve.

Considering the amount of continuous professional development required to be an engineer, it is astonishing that what we do is not recognised as a profession. The typical route to becoming a structural engineer involves gaining a place on a four year masters course on the back of decent A levels. Then, after graduating and started a job, you work towards becoming chartered. To be chartered by the Institution of Structural Engineers, candidates must submit detailed accounts of their work experience to demonstrate they have the experience to sit a seven hour examination, with a pass rate of about 35-40%. This involves developing a solution for a problem, having first considered several alternative options.

For these reasons one could be forgiven for questioning how engineers could be regarded as non or semi-skilled. Engineering offers varied, interesting and challenging work and a rewarding career.

What’s more, in the current climate of concern about the environment, engineers can make a real difference. As problem-solvers, designers and creators they enable the world to function.

Engineers harness the forces of nature for the convenience of man. Almost everything that surrounds us in the modern world would not have been possible without the skills and influence of the engineer and it is time that this was recognised.

Aaron Wall is a structural engineer at WSP