Just over four years after Grenfell, legislation to fundamentally change how the industry delivers high rise residential buildings starts on its journey through Parliament. Although this seems like an age, a huge amount of work has been needed to get to this point. Remarkably, the provisions in the Building Safety Bill remain very close to the recommendations in the Hackitt Report published over three years ago. 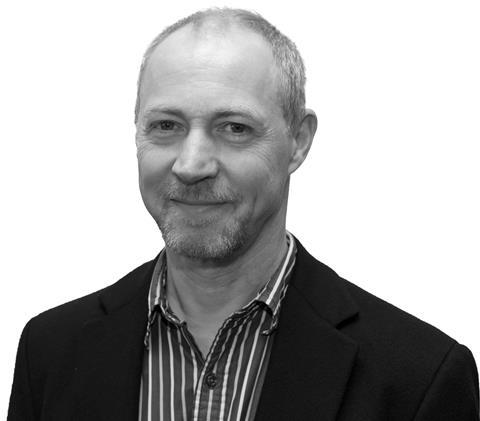 This means the bill contains very few surprises. It confirms the new duty holder regime for client, designer, contractor, and the accountable person who is responsible for building safety on completion.

The three gateways at planning, pre-construction and completion are in the bill as are the requirement for a golden thread of information and the new building safety regulator.

Helpfully, the bill is accompanied by a timetable for implementation, this states that the bill will receive royal assent within nine to 12 months of its introduction with much of the detail needed to make the new regime a reality taking place 12–18 months after becoming law.

But this isn’t guaranteed; the part of the legislation that requires a safety case to be made for existing buildings threatens the smooth passage of this bill through the legislature. Making this safety case includes the issue of defective cladding and a Tory backbencher, Stephen McPartland is angry that the bill doesn’t include provisions to help affected leaseholders other than a retrospective right to sue for defective building work for up to 15 years after completion, a measure he describes as a ‘sticking plaster solution’.

McPartland and another Tory MP, Royston Smith tabled an amendment to the Fire Safety Bill which was passed by the Lords but subsequently reversed in the Commons. Similar attempts could be made with the Building Safety Bill.

Making a safety case for existing buildings can include intrusive surveys which could uncover a multitude of problems which would need to be remedied before the building could be signed off as safe by the building safety regulator. The question is who pays for rectifying these defects; Andrew Mellor, an architect at PRP and technical advisor to MHCLG has warned that extending the retrospective right to sue developers for defective building work could unleash a barrage of claims that would distract the industry from implementing the new safety regime.

Suing developers for shoddy work years after completion will be an expensive and, in many cases, fruitless exercise

The reality is the new safety regime will mean higher costs for leaseholders. The bill makes provision for a ‘building safety charge’ which are the costs of implementing the new regime in occupied buildings which is estimated by government to cost £16 a month per leaseholder.

There is a strong case for the government to pick up the bill for buildings affected by the cladding scandal given it presided over ambiguous fire safety building regulations, failed to update these despite a series of fatal fires and introduced a competitive building control regime that drove standards to the bottom. But it cannot reasonably be expected to pick up the bill for all historical defects and suing developers for shoddy work years after completion will be an expensive and, in many cases, fruitless exercise.

> Also read: Peter Baker, the man who must ensure no repeat of Grenfell

The good news, as far as new buildings are concerned, is all the work being done to improve safety regardless of the hiccups the bill may experience on its way to becoming law.

On the 1 August, less than a month away, developers will have to pass through the first, planning stage gateway by demonstrating they have considered the site layout for fire fighting purposes, access for the fire brigade and availability of water for firefighting. This provision has been introduced by amending existing planning legislation.

Work on the new competency regime is ongoing with new British Standards due to be published next spring covering the competence requirements of the principal designer and contractor.

The building safety regulator is already being established within the Health and Safety Executive and the building products regulator will be set up within the office for product safety and standards. All this work should give the industry time to adapt and enable the new regime to take effect quickly. And this isn’t all about tall buildings, the government expects to introduce changes that affect all buildings such as the new duty holder structure and competence requirements and how local authorities charge for building control services. Which means everyone needs to sit up and take notice regardless of their place in the industry.