The fundamental truth about contract law is that those who use it don’t understand it, and so it endangers their survival. Shouldn’t the government rethink the whole thing?

’Barriers to business”. Neat phrase. It has a ring to it. Comes from construction minister, Mark Prisk. He used it on a Monday last month. He wants you to start your own business. And on a Tuesday he got another natty phrase off his chest: “Britain is open for business”. He wants to free up the planning consent rigmarole to get you building. I confess I like the cut of this bloke’s jib.

Smes can’t cope with the contract. the bumf defeats 99 out of 100 of them. that’s why contracts get put in the bottom drawer. I know that because i deal with those disputes

Monday’s theme is right up the building industry’s street. Mr Prisk said: “It’s easier to start a business now than ever before,” and I agree. He says there are 4.8 million SMEs in the UK, accounting for 99.9% of all businesses. He wants to knock down three of the barriers to business. He wants you to have access to finance, then access to public procurement (even though you are a tiddler), then he wants to coax you to work from home even if your landlord says no. Might I, as a lawyer in the world of construction disputomania, add another barrier to knock down? It’s the one called “staying in business”.

The building industry is so very good at going bust. That’s because it’s ever so easy for the chippy, the brickie, the plumber and the putter-upperer to go it alone. (No, that’s not a criticism.) Then the chippy takes on other chippies. Then he takes on the brickwork and soon the electrics and the terrazzo flooring. Lo, his turnover hits a million pounds. Do you know what he is still good at? He is good at being a chippy. Subcontract enterprises grow into bigger ones, and then grow into builders and eventually bridge builders. If anywhere along the line you bump into a bad payer or a very, very ordinary dispute, you are in real trouble. The cash flow becomes strained. Suppliers become twitchy. Going bust is just around the corner.

Meanwhile, these SMEs have entered a world of contracts. They have become employers. They have tried to become businessmen. They have not been distracted from what they are still good at putter-upperering. And when it comes to disputes, I find that the minority of quarrels are about quality. True there are snagging lists, true there is the occasional iffy work, but mostly the quarrels are about things that these SMEs are flummoxed by. And it’s something Mr Prisk can do something about.

These up-and-coming SMEs can’t cope with the contract. The bumf defeats 99 out of 100 or even 999 out of 1,000. I know because I deal with those disputes. The truth is that we contractual loonies have gone wrong. We believe that the people doing work understand contractual stuff when in fact it’s gibberish to almost all of them. That’s why contracts get put in the bottom drawer.

Lawyers don’t understand that the industry doesn’t understand. They genuinely believe that homemade contract documents and/or changes to standard form documents are fully understood. They are not. They genuinely believe the standard form contract documents are understood. They are not. In real life, SME construction folk and their customers rarely comply with administrative rules, notices or programmes; they just do the work and when the chips are down, some bright lawyer explains who pays the bill. 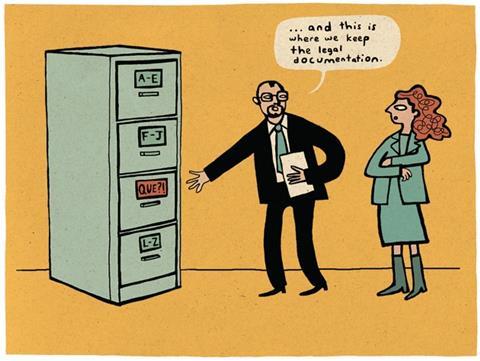 Mr Prisk is into fair play. It strikes me that he is moving towards commercial common sense. Let’s run a competition for a commonsense system for doing building contracts. Yes, it’s a challenge, Mark.

Tuesday’s theme is good, too. Mr Prisk has signalled a thumbs-up to modernising and simplifying the planning system, or rather, streamlining development consents. This comes from a report earlier this year called the Penfold Review of Non-Planning Consents. Seemingly, developers have to cope with a potential 86 “non-planning” consents and 37 business-specific consents. Wow! Worse, 20 different types of consenting bodies administer these.

Do you see Monday and Tuesday’s theme? It is … simplify. Now is the time to simplify the arena, not just for starting up but for staying up. When public bodies place contracts, and subcontracts and sub-subcontracts, none of these small enterprises can get their minds around the smallprint risks. Minnows ready for the taking. You can stop it, Mr Prisk: you are the customer.