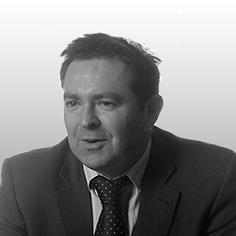 The VolkerFitzpatrick court proceedings continue.  As you may be aware these multi-party proceedings include the building’s landlord, its guarantor, the contractor and the two sub-contractors, Keller and Twintec.  As was covered by this publication last year, one of the key issues in the case is what exactly constitutes the contract between the parties, the confusion caused by that age old scourge of the industry: the letter of intent.

However, today I wish to set the main proceedings aside for a moment, and talk about a discrete point which arose out of a recent attempted adjudication by Volker Fitzpatrick against Twintec in relation to the same project and “contract”.  This highlights the thin ice which parties skate on when they proceed under a letter of intent and inevitably fail to finalise a formal contract. This state of affairs continues and then the job starts running into trouble.

In December 2013, VolkerFitzpatrick served a notice of adjudication on Twintec. The dispute was regarding tests carried out on the floor slabs (before the start of court proceedings) for a value of about £850,000. In accordance with the adjudication clause in the DOM/2 subcontract referred to in the letter of intent (as amended), it applied to the President of the RICS for the appointment of an adjudicator.

This case demonstrates the dangers in using this arrangement on anything other than an interim basis. I advise clients on both sides who are contemplating using a letter of intent that it is in both parties’ interests to have certainty of terms in place via a formal contract

Nearly a week later, the subcontractor was granted an interim injunction, which was then made final on 24 January 2014, preventing the adjudication from going ahead. The reason? The court found that the letter of intent did not incorporate the dispute resolution terms of the DOM/2 sub-contract, and so the adjudicator had not been validly appointed.

In the case of Diamond Build Ltd vs Clapham Park Homes Ltd (which is authority that a letter of intent was capable of forming a contract if its terms were sufficiently certain) the court found that the letter of intent between the parties was a simple free-standing contract governing the parties’ legal relations until a formal subcontract was entered into.

Under the letter of intent in Twintec, the subcontractor expressly agreed to carry out its works in accordance with the terms of the DOM/2 subcontract. The courts reasoning was that as a result of this wording the provisions of the DOM/2 sub-contract relating to “the carrying out of the works” such as design and standard of material provisions were incorporated into the letter of intent. However, the wording was not sufficient to incorporate the other obligations in the DOM/2 sub-contract such as those relating to insurance, indemnities, and relevant to these proceedings, dispute resolution.

In the real world there are commercial and logistical reasons why a letter of intent is necessary. But this case demonstrates the dangers in using this arrangement on anything other than an interim basis. I advise clients on both sides who are contemplating using a letter of intent that it is in both parties’ interests to have certainty of terms in place via a formal contract, and that this should be the immediate focus rather than drawing (what may be false) comfort from the security blanket of a letter of intent. The legal costs that the parties are currently incurring in these proceedings is testament to this.