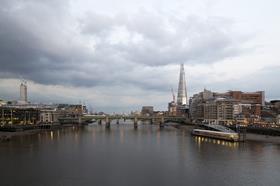 We applaud the launch of London’s first long-term infrastructure plan (London Infrastructure Plan 2050) as published (“Boris outlines £1.3 trillion London infrastructure plan”, 31 July 2014, www.building.co.uk). It is typical of similar plans commissioned in many of the world’s growth economies, including cities such as Qatar (Qatar Vision 2030) in the Middle East.

The fact we need such a huge sum of forward capital investment in the city’s infrastructure, estimated at £1,324bn, is likely a result of the privatisation of the utilities. Going forward, the planning cycles for utilities and regions/local towns need to be synchronised - currently water and sewerage investments to meet population and economic growth are planned in five-year capital investment cycles; electricity networks are planned and delivered in seven-year cycles (recently increased from five), as is gas. With the exception of sewerage, there is no duty for utility undertakers to consult with forward planners and vice-versa.

In recent years a number of local planning authorities have tried to consult with utility undertakers, and some have commissioned reports identifying shortfalls in investment for population growth.

However, utility undertakers cannot commit resources beyond a five or seven-year horizon, and government regulators do not allow investment ahead of need. The result is no strategic investment plan to meet the needs of the UK’s most important economy beyond 2022.

With the launch of the London Infrastructure Plan 2050, we’re confident these issues will now be addressed - London is finally playing the long game and matching other growing economies worldwide.