What happens when a design under an EPC contract is not negligent but adds expense to the project? This case explores where liability for the additional cost might lie 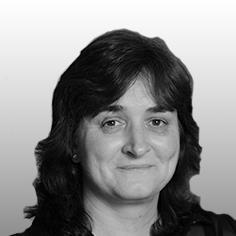 Anyone in the middle of a project contracting structure needs to ensure, as far as possible, that obligations owed to it from others down the contractual chain are back to back with the obligations by which it is bound up the chain, in order to reduce risk exposure.

That applies as much to an employer - who will need to make sure that he is not exposed to any greater obligations under a development agreement than are owed to him by the contractor - as it does to a contractor, in terms of “backing-off” his obligations under the main building contract with subcontractors beneath him in the chain.

But it doesn’t stop there: once contracts are in place, they need to be managed so as not to upset that risk structure without fully appreciating the consequences of doing so.

The risk for the contractor in the case of MW High Tech Projects UK Ltd vs Haase Environmental Consulting GmbH (HEC) was the additional costs of enhanced or “over-design” carried out by its subconsultant for which it had no entitlement to payment under its own contract up the chain.

The facts were that West Sussex council had engaged Biffa Waste to design, build and operate a waste treatment plant. Biffa contracted the design and construction of the plant to MW under a fixed price engineering, procurement and construction (EPC) contract. MW appointed HEC to provide design services. MW maintained that it had based its tender to Biffa on the design proposal produced by HEC.

The dispute concerned the question as to which of the parties to the design appointment - MW or HEC - bore the risk of increased costs associated with enhancement of the design for the project.

MW said it was HEC because the enhancements did not comply with key contractual documents, namely, the “EPC Delivery Plan” and “EPC Output Specification” so that HEC was in breach of contract.

An adjudicator disagreed and held that, provided the design was carried out with reasonable skill and care, then the fact that it would cost MW more to implement that design could not be a breach of contract.

If there were changes which did not comply with the relevant EPC documents, then HEC was liable to MW for the cost consequences

When the matter came to court, Mr Justice Coulson noted the “stark” financial consequences of the adjudicator’s decision for MW: it had no mechanism for recovering the additional expense of the design changes (some millions of pounds) under the EPC contract and could not recover the extra cost from HEC because the enhanced design was not negligent.

MW sought a declaration as to the proper interpretation of the appointment. The judge found that the tests for granting declaratory relief had been met: there was a live dispute between the parties (and probably a raft of further disputes) which arose from the specific facts in the adjudication and the determination of the dispute would be of some practical consequences to them.

The judge’s conclusion on the construction of the appointment was that HEC did have an overriding obligation to design using reasonable skill and care. However, the adjudicator had failed to recognise that HEC also had additional obligations to comply with the EPC Output Specification and the EPC Delivery Plan. If it could comply with those documents non-negligently, then HEC was obliged to do that.

The upshot was that, if there were changes to the design which did not comply with the relevant EPC documents, then the starting point was that HEC was liable to MW for the cost consequences of those changes. But (and it was a significant “but”), that position would be different if HEC could show that MW had consented to particular design changes and/or waived its right to claim the cost of them. The judge invited the parties to agree a declaration to reflect his judgment.

So, having initially protected its design risk by imposing primary obligations on HEC to comply with the key EPC documents, had MW altered that position by its management of the design development regime under the appointment?

The answer would depend upon the facts, which could only be decided on an item-by-item basis, and not in Part 8 proceedings. There were “practical limits” to what a declaration in a case like this could achieve.