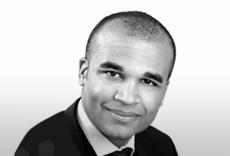 The answer to this question may be found in Mozambique, where recent years have seen the discovery of some of the world’s largest unexploited reserves of coal and a huge natural gas field off the northern coast, which could rank Mozambique fourth in the world in terms of gas reserves. One answer has certainly been dramatic GDP growth. Since 2001 Mozambique’s annual growth rate has been reported in the world’s top ten but this is from such a low base that Mozambique remains among the world’s poorest nations. Another answer is the need for improved infrastructure that will be vital, both for effective exploitation of natural resources and for development of a country still to recover fully from the effects of 15 years of civil war that ended in 1992. These factors combine to highlight the importance of, and opportunities offered by, construction and infrastructure development in Mozambique.

What are the issues for those entering the Mozambican market?

Mozambique ranks 149th out of 185 countries for ease of doing business in the IFC Doing Business Report 2013.

Its construction sector is still relatively small and characterised by low productivity and high costs. Most construction activity is in public works, and primarily donor-funded. This may change, however, as Mozambique has had mixed success in using the donor funds made available to it, and, in any case, donor-funded programmes are expected to decrease as a share of GDP as development continues. The bureaucratic challenges faced by the construction industry are significant, even by the standards of the region - it typically takes 377 days to obtain a construction permit.
Nevertheless, Mozambique has become an extremely attractive destination for investment. It is estimated that energy firms will invest over $50 billion over the next decade, developing a full-scale liquefied natural gas industry in a country ideally placed to serve the Asian export markets.

Investment on this scale could increase efficiencies across the whole economy, including the construction sector.

The procurement process in Mozambique is noted for long delays, often requiring public tenders to be re-issued because of changing external conditions. Procurement is governed by the Unit for the Supervision of Acquisitions, under the recently-updated procurement statute – Decree 15/2010 of 24 May 2010 which requires:

• Bidders for public works projects to comply with minimum requirements as to legal and financial standing, technical qualifications and payment of tax; and
• That all documents relating to the procurement process are in Portuguese, although tenders may simultaneously be issued in other languages.

Measures in the Statute to favour domestic bidders restrict the participation of foreign bidders in lower-value projects and apply margins (of up to 15%) of domestic-bidder preference on other projects. To qualify as a domestic bidder, a bidding company must be incorporated in Mozambique and be 50%-owned (directly or indirectly) by natural persons of Mozambican nationality.

New anti-corruption laws have recently been endorsed by the country’s highest decision-making body, the Council of Ministers. Such measures are of real importance, given the widely-reported cases of high-profile corruption and Mozambique’s decline over recent years in Transparency International’s index of global corruption perceptions from 116th place (out of 174 countries) in 2010, to 120nd in 2011 and 123rd in 2012.

Litigation in the Mozambique courts tends to be slow and expensive. Consequently, contract documentation governing major projects commonly provides for arbitration. Mozambique has acceded to the New York Convention and accordingly, under Mozambican law, the enforcement of a private arbitral award can usually only be denied on the limited grounds in the Convention. Arbitral awards made in other contracting states thus benefit from the Convention’s recognition and enforcement regime.

It is no exaggeration to say that Mozambique’s natural gas discoveries could be truly transformational. If, as expected, a large share of the revenues derived will be invested in construction and infrastructure, as well as meeting key needs for Mozambique, this will also provide rewards for those prepared to take the time to learn to navigate this challenging business environment, and to play a part in this crucial stage of Mozambique’s development.