The Hilson Moran director of sustainability on treadmills, listening to Elbow, and why intra-office email should be banned 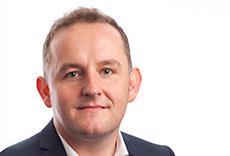 My inbox needs a good clean out…it’s always on the list for when I have a few spare hours, although that never seems to happen!

I use a Blackberry for work, but at home I have quite a few Apple and Android devices. Although the Blackberry is a great messaging phone, I do worry it has now had its moment.

I use LinkedIn a lot. It’s a great research tool before meetings and a helpful reminder of what people look like.

I’m not on Twitter, although Hilson Moran is and tweets its news and events, as well as engaging in conversations. On a personal level, maybe one for the future.

I’m a massive live music fan and recently discovered an app called Bandsintown. Does what it says on the tin i.e. tells you when your favourite bands are playing in your town.

Nothing beats face to face does it? So much gets lost in email. Sometimes I think that intra-office email should be banned!

I’ve just bought a treadmill in a vague attempt to get fit in 2014. Ordered online, massively discounted from High Street prices, it arrived the next day in the biggest box you have ever seen - brilliant.

PC – I’ve had the same PC at home since the early 1990s, albeit I’ve changed every component in it about six times so effectively it’s brand new!

Being a Mancunian, anything by Elbow.