The PMB Holdings CEO on classic cars, his lack of interest in Twitter, and annoying his kids by listening to Pink Floyd 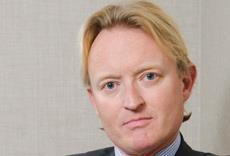 My favourite website is PistonHeads.com as I love to look at classic cars. I’m a bit of a petrol head.

According to my wife I am constantly looking at my e-mails.

The iPhone every time. I think they are incredibly intuitive and I love all Apple products. I can’t stand Blackberry and find the handsets too small and complicated.

I am on both LinkedIn and Facebook but I’m more of an occasional user as I don’t really have the time.

I don’t use Twitter at all and don’t really see the point in it.

The app that I probably use the most is the London Tube Map but, in general, I’m not a big user of apps.

Given the choice face to face is obviously best. You get more out of people when you talk to them. But of course, time being what it is you cannot have every conversation in this way.

Using the phone is next best thing and I would much rather communicate that way than by e-mail.

I bought an iPad for my wife for Christmas.

As a fan of Apple products I much prefer the Mac to the PC. I’ve got a Mac, an iPad and an iPhone.

Edward Jones is CEO of developer PMB Holdings, which is currently developing MK DataVault – a commercial data storage facility – of which he will also be CEO