My digital life … with Ben Marston 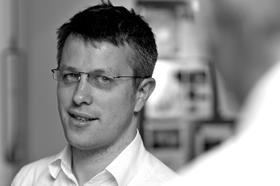 It has to be Google. So simple, powerful, ubiquitous, and increasingly unnerving. Though I actually find now I am using websites much less and apps much more.

iPhone. It is not hype to describe it as a transformational device.

I try to resist, but continuously lapse. I have been exploring Pinterest and Socialcam recently. Went off Socialcam right away when it dumped like a malevolently incontinent donkey all over my profile.

I actually have two Twitter accounts, one official and one …er… unofficial. I don’t officially tweet. I follow mainly politicos, not entirely sure why, but I do find politics fascinating satire. I recommend Guido Fawkes, not at all for his politics, but because he has an uncanny habit of breaking juicy bits of news well ahead of anyone else.

A letter. When I get one these days it reminds me of a gentler age.

Always Mac, but, like most people, all very PC at work. That may change: a Raspberry Pi is on order.

“Man or Muppet?” Jason Segel & Walter. Apparently. I blame my two daughters for that one.