NEC: Start at the beginning 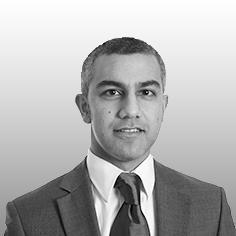 In January, NEC issued an additional clause for use with the NEC3 Engineering and Construction Contract (ECC) to introduce early contractor involvement for the first time to the ECC. It is issued as a succinct optional additional clause but its implications go with a sea change in the employer/contractor relationship.

The change is vital given that early contractor involvement is “at the heart of” the two stage open-book procurements on which the Cabinet Office and the Efficiency Reform Group published guidance in 2014, and particularly as HS2’s procurement strategy has openly stated that early contractor involvement is an “approach to contracting that supports improved team working, innovation and planning to deliver value for money collaborative working and transparency”.

Early contractor involvement is a concept as simple as its name suggests. If the delivery of a project is to become the responsibility of a contractor, then the contractor should be involved early in order to achieve the best outcomes.

Most building contracts are predicated on the basis that the relationship with the contractor is established at the point at which the delivery of the project is to begin. In NEC parlance, the contract should be signed before the first access date. In essence, the building contract then deals with the employer/contractor relationship during the construction period (and deals with any liability for defective work after completion of the project).

Early contractor involvement recognises that by the time the hoardings are erected and the spade has hit the soil for the first time, a huge amount of the success or failure of a project has already been determined. The proper planning of a project is paramount to its success. Time and again, disputes arise during the construction period because timescales have dictated that the project must commence on site before the project has been properly finalised or without the buy-in of the contractor to the design.

By the time the hoardings are erected and the spade has hit the soil, a huge amount of the success or failure of a project has been determined

More than this, though, is that early contractor involvement recognises that the contractor has something valuable to bring to the table – the contractor is the expert in construction delivery and it does not make sense to determine the project to be delivered without its involvement.

It is this that the government guidance and HS2 focus on: that innovation in a project will often come from the contractor and its supply chain and that the value for money from such innovation can only be achieved if the contractor is allowed to input during the formation of the project.

What this also changes at a fundamental level is the relationship between the contractor and the rest of the project team: bringing the contractor into the fold early allows the team the opportunity to better integrate and resolve issues before the project starts, in the hope that this will lead to a less adversarial approach during the project.

NEC’s new clause deals with these issues in a number of ways. It is intended to be used with the target contract with activity schedule (option C) and cost reimbursable contract (option E). It splits the project into Stage One (the pre-commencement stage) and Stage Two (project on site).

During Stage One, the contractor submits proposals for Stage Two (including their effects on project cost) which the project manager accepts or rejects (with a rejection leading to the contractor issuing a revised submission).

There are, however, some issues with which NEC’s new clause does not deal.

First, it appears to pre-suppose that the contractor has responsibility for design rather than inputting into a design process run by others.

Second, there is no flesh around the bones of the iterative design process and, in particular, the way in which costs are investigated (perhaps by market testing).

Third, the involvement of subcontractors is not clear - there is an opportunity to formalise relationships with subcontractors to encourage the proposal of innovative ideas which has been missed.

Finally, the notice to proceed with Stage Two appears to be largely in the gift of the project manager; this should be a decision to which the contractor is party.

There is work to do to fit this new clause with the intentions of a particular project team, but it is a hugely laudable step forward by the NEC.

Assad Maqbool is a projects and construction partner at Trowers & Hamlins