If I owe you £20 and you owe me £10, can I ask an adjudicator to ignore my debt and make you pay up? This eternal problem has just been tackled once again by the courts

RBG is a Scottish enterprise working in the oil, gas, civil engineering and building fields. It employs 4,500 people. It has done more than £40m worth of work for SGL Carbon Fibres at its Ross-shire plant. It’s not really a surprise when there’s the odd falling out on that amount of work.

The contract was NEC3 Option C, and when the dispute arose the parties did the sensible thing and called for the referee. But things then got in a tangle; they ended up in court. The adjudication was about how much should be paid in invoices 1-5. Under NEC rules, that required the adjudicator to consider each invoice individually and cumulatively.

The system here is that the amount due is stated to be the PWDD (the price for work done to date). Then other amounts to be paid to the contractor are added, less amounts to be paid by or retained from the contractor. Phrases like “defined costs” and “disallowed costs” help get to the final cash due. It’s called the accumulating total. Mistakes made in earlier assessments of the PWDD can be put right as you go along. 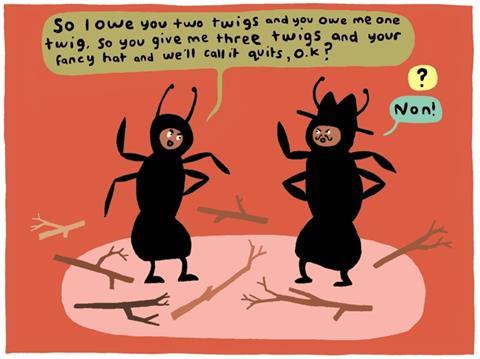 The whole idea of adjudication is to obtain a pro-tem binding decision. It has to be obeyed, even if the adjudicator has applied wrongly decided facts to wrongly decided law. The referee takes an overview, a broad-brush appreciation and goes one way or the other. The adjudicator on this job was experienced and well regarded. But he went wrong - and that makes my point. Let’s see what he did.

RBG, with the adjudicator’s award in its hand, keenly argued that the referee had done exactly what he was told

The court was told by SGL that the adjudicator had “failed to exhaust the jurisdiction conferred on him” at the outset. He had failed, too, to consider all the evidence. He had misconstrued the extent of the dispute between the parties and so unjustifiably restricted the material that he considered. “Exhausting the reference” is the lawyer’s way of saying he didn’t decide all the issues put to him. Mind you, getting the parties to agree all the issues is like getting blood from a stone. Seemingly SGL put up a variety of arguments about the earlier overpayments but the adjudicator said it was beyond his jurisdiction to look at them - or that’s the way it appeared to the aggrieved defendant. I suspect that the adjudicator was taking a close look at the wording in the notice of adjudication, which asked him to fathom the cumulative total. Indeed, I suspect he was comforted by the idea that the overpayment issues could be explored in a separate adjudication. There is a snag with that idea. The courts don’t like it.

RBG, with the adjudicator’s award in its hand, keenly argued that the referee had done exactly what he was told: fathom the value of the five invoices. As to the overpayments, they were irrelevant to the adjudication. RBG’s lawyers argued that the adjudicator would have been wholly wrong to push his jurisdiction to that extent. A neat second argument was that none of this was to do with jurisdiction; it was all to do with what the payment mechanism said and how it operated in NEC3. That clever argument, if right, means that once the adjudicator interprets the contract to the effect that he can’t consider previous overpayments, he has decided a point of law or rather of mixed fact and law. And even if he’s wrong, the court can’t do anything about it during a mere enforcement hearing.

The judge decided that the adjudicator had out and out refused to consider the overpayment evidence. In good faith the referee thought he had no right to do so. He was wrong. The underlying dispute was bigger than whether the five invoices were fair and reasonable. It was all about how much money was due and payable under the cumulative valuation. And that means having to take into account the alleged overpayments. They can’t be the subject of a separate adjudication. I bet the people in the industry will say “why not?”