New Construction Act: Got a pen and paper handy?

A party can wriggle out of adjudication today by claiming there is no contract in writing. But once the new Construction Act comes into force, that excuse will no longer run

There is a strong possibility that the adjudication between project manager Aedifice Partnership and Mr Ashwin Shah, a nursing home owner, would have come out differently if the “new” Construction Act were already in force. Mr Shah had it in mind to spend up to £6m on building work for his, or rather his company’s, Seighford Hall Nursing Home in Staffordshire. Aedifice was engaged to do whatever project managers do for 1.5% of the likely contract value.

The project was about to sign up a contractor when for some reason everything stalled; my guess is the credit squeeze was to blame. So the project manager held its hand out for fees earned thus far. It looks as though the two parties then quarrelled about how much was owed. The subject of the quarrel expanded to include whom the professional services contract was between. Was it with Mr Shah or his company? And in any case, for the purposes of an adjudication, we need a “contract in writing” - at least we do until the new Construction Act is wheeled out of its Parliamentary cubby hole. As to the quarrel about “in writing”, the letter offering the terms of appointment was never received, said Mr Shah. But Aedifice says it received an email acceptance of that letter from Mr Shah but it was lost because the laptop it came to was stolen. Even so, Aedifice was convinced it could adjudicate for its fees and called for an adjudicator. It said the contract was in writing and was a contract with Mr Shah in person. But Mr Shah says there wasn’t, and if there were it it would not be with him but his company. 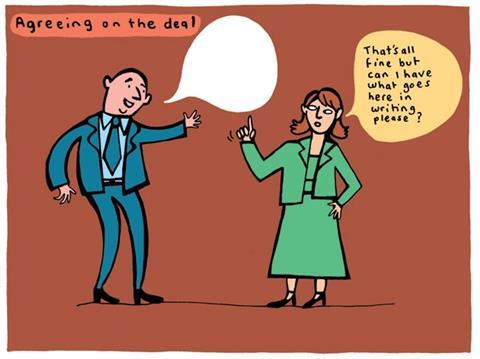 The adjudicator was asked to clear off - he had “no jurisdiction” to be here, said Mr Shah. The adjudicator took a look and decided to carry on. The story came to court on the narrow issue of whether the adjudicator had been authorised to decide his own jurisdiction - if he were so authorised, then Mr Shah has to obey the award and pay the fees said to be due to Aedifice. The judge, Mr Justice Akenhead gives useful guidance here.

As to this adjudication the judge was satisfied that no express or implied authority was bestowed on the adjudicator. So his award about the right to adjudicate was not binding.

Notice that still outstanding is whether there was a contract in writing and who the contract was between. How then would those new Construction Act rules deal with this position? The first thing that is dealt with is the objection that the contract is not “in writing”. Current adjudication rules require this, but the replacement rules under the Local Democracy, Economic Development and Construction Act 2009 will do away with all that. So, if you have a “construction contract” such as the project manager professional services agreement, and so long as you have a dispute, there is a right to call for an adjudicator. Mr Shah would not have been able to run the argument that nobody could find a “contract in writing”. But he could run the argument that it was not a construction contract with himself in person. That, however, is a matter of what we call internal jurisdiction. The adjudicator has all the powers to decide that issue. Mind you, nobody is saying that having the power to decide the who, what and wherefore of an oral contract is easy. But having the power is better than going through a complete adjudication only to find that it is technically doomed.