So far the research into the energy performance of new homes has been piecemeal, now the government is funding a new project 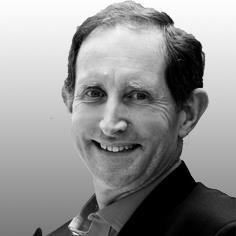 The housebuilding industry has been aware for some time that there is a potential gap between the designed performance and the actual energy and carbon performance of new homes when built. Now a new cross-industry project is under way to assess the key issues that may be contributing to this gap, and identify potential solutions to address it between now and 2020.

Narrowing the gap will most likely require increased control, auditing and integration of design and construction processes; changes to SAP, the compliance tool used for modelling energy performance; improved testing of fabric and building services; learning from monitoring and testing projects; and long-term commitment from the all parts of industry over the period. We may also need to change the way information is shared between different parties in the housebuilding process and to up-skill the industry so that there is a common understanding of potential energy performance issues and their solutions.

In 2011, a Zero Carbon Hub task group advised government that future performance standards for zero carbon homes should be linked to “as built” performance, as we were aware of evidence suggesting that various issues were leading to significant differences between design and actual build performance in terms of energy use and carbon emissions. Such a gap could have significant implications, including higher than expected energy bills for consumers, and jeopardising the UK government’s commitments to zero carbon homes by 2016 and to carbon budget targets, and the EU Energy Performance of Buildings Directive requirement for nearly zero energy buildings by 2020.

Our headline aim is that: from 2020, we will be able to demonstrate that at least 90% of all new homes meet or perform better than the designed energy / carbon performance

There is general consensus in many informed circles that a performance gap exists: for example whole house heat loss testing by Leeds Metropolitan University has shown gaps of up to 120% between predicted and as built heat loss due to fabric issues, and work by J. Siviour back in 1994 found measured U-values up to 50% higher than design values.

However, to date evidence has tended to emerge on a piecemeal basis, and the government has recognised that more work is needed to understand the relative significance of potential causes of the gap and to develop coordinated solutions. A new “Design vs As Built” project, funded by the Department for Communities and Local Government (DCLG), has therefore been established. The project is being coordinated by the Zero Carbon Hub and has received massive support from the housebuilding industry, which is enabling us to develop a detailed collective evidence-based understanding of current problems, and will lead to a programme of potential action to reduce the gap. Our headline aim is that: from 2020, we will be able to demonstrate that at least 90% of all new homes meet or perform better than the designed energy / carbon performance.

We published our interim progress report in July which summarised the issues identified so far based on input from industry and anecdotal evidence. Industry working groups involved in the project have to date already identified over 90 potential issue themes, across the whole house-building process from concept and planning to construction, commissioning and completion (the scope of work excludes occupier behaviour), and testing and verification. Many issues relate to a lack of communication, feedback and change control, and to knowledge gaps throughout the process.

Several issues overlap with other ongoing or planned government projects such as reviewing of the SAP tool, and it will be important that our findings are integrated with these projects, and with future reviews of Part L of the Building Regulations. Other areas requiring government support include developing knowledge and skills within the industry, developing new test methods for products and services including at whole system level and in-use, improving construction joint details, and improving and raising the status of energy performance verification processes for homes.

The next step for the project is to undertake a detailed evidence review to identify where the key issues actually are - those which are substantiated and shown to have a significant impact on the performance gap. We are assessing a wide range of existing evidence sources: state of the industry analysis, surveys of compliance processes, field trials, academic studies, “secret” unpublished knowledge from manufacturers, and anecdotal evidence. We already have a significant evidence database but would welcome additional input from Building magazine readers. We are also gathering new evidence and will be conducting site visits on a range of properties to assess potential issues at different stages of the house-building process, and to run tests on SAP assessments to investigate potential issues with data inputs compared to design stage evidence or the property as-built.

Following this stage, potential solutions to the key issues will be identified and recommendations made for a programme of work to address the gap over the period to 2020. Issues that are identified as “quick wins” will be progressed in the short term as part of the current project - through implementing solutions where possible, or developing and commencing detailed work plans for future implementation. The potential cost impacts of proposals will also be assessed, and a final report will be delivered in March 2014.

We have been really impressed by the level of interest and commitment within the industry, showing that there is a real willingness to identify and address issues which will help us to meet our zero carbon targets in practice. A total of 90 companies and 140 individuals are volunteering time for this project. In particular, we are grateful to the members of our Industry Executive Committee (Barratt Homes, BASF Polyurethanes UK, Bovis Homes, Crest Nicholson, First Wessex, H&H, Hanson, JCB, Kingerlee Homes, Knauf Insulation, Miller Homes, National Energy Foundation, Persimmon Homes, Radian Housing, Redrow Homes, Robust Details, Saint Gobain UK, William Lacey Group), to Darren Dancey at Crest Nicholson who is volunteering his time to develop our site visit programme, and to all the members of our steering group and working groups, and for the ongoing support of DCLG - a full list of contributors can be found in our interim report.

In order to build upon the hard work of all involved and the momentum which is being created, it will be vital for our findings to start being put into practice as soon as possible. It will take time for new approaches to become widely adopted, and the industry is recognising that it needs to act now in order to achieve zero carbon homes in practice in 2016.

I will write in more detail about our findings in a future article.

Rob Pannell is the Managing Director of the Zero Carbon Hub