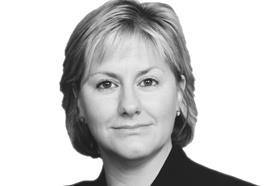 The Housing Grants Construction and Regeneration Act, aka the Construction Act, is over 20 years old, but it is still not uncommon for parties under construction contracts to ignore it in their belief their commercial beef is greater than what the act allows.

The Construction Act was designed to provide certainty of payment in construction projects and to introduce a mandatory right to adjudication at any time, a less formal and therefore quicker and less expensive option than litigation through the courts. Attempts to get around the act, either by circumventing the contractual payment principles, or by restricting accessibility to early dispute resolution by referring difficulties straight to the court, may not be the most sensible move.

A recent example of this and the court standing firm in its application of the Construction Act to uphold a right to adjudicate was a Scottish case heard by the Outer House of the Court of Session. The matter related to a payment dispute between a hotel developer, Mars Black Sheep Hotels and its contractor, Douglas & Stewart UK, in relation to the refurbishment of three of its hotels in Scotland. Between the autumn of 2018 and spring 2019 Douglas & Stewart carried out “very substantial” construction works at the hotels. Mars Black Sheep made payments to Douglas & Stewart totalling £6,533,367.69 in respect of work done, but by May 2019 the parties were in dispute as to whether further payments were due.

Where does this case leave parties who might think that the Construction Act does not have teeth and is not attractive commercially regarding the injustice they are faced with; or they just do not know it applies to the contract concerned?

The Mars Black Sheep decision should leave parties in little doubt that the court will give priority to the right to adjudicate.

But what about the second part of the protection offered by the Construction Act, namely its rules on payment, are these being routinely disregarded?

It remains not uncommon in practice to see payments being withheld despite the statutory rules. With developers and contractors using non-payment as a means of getting something sorted, that approach is always at risk of the Construction Act being upheld, the Scottish Court’s clear support for the principles of the Construction Act making that clear. Mistakes or deliberate omissions relating to either payment or adjudication that fall foul of the Construction Act can be expensive for businesses who should be wary of ignoring the act’s requirements and should refresh their and their team’s knowledge of how it works and what needs to be done to keep within its strict requirements.