No end in sight

Construction is in sharp decline, the big question is: when will it shop? 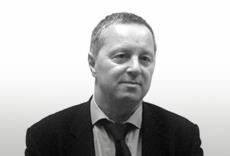 Construction output data continues to look increasingly scary. Over the past three or four months the industry has been shrinking by about £1bn a month or, put another way, about 1%.

The big question is: when will the plunge stop? The best hope for construction is a revival in the private housing and commercial sectors. But these sectors are both flagging. Comparing the three months from June to August this year with the same period a year ago shows private housing work down 12.1% and private commercial work down 14.4%.

And the pipeline is unlikely to bring a deluge of work to the industry. Orders for housing stand at 52 and private commercial at 47.4 on an index based on a figure of 100 in 2005. If that isn’t depressing enough, those figures are not improving - they are lower than a year earlier.

There are a number of factors that confuse analysis of the data, such as the impact on work of erratic weather, the Olympics and the Jubilee, which saw bank holidays shuffled and an extra one created. But in the grand scheme of things these are marginal. The message from the data is clear: the industry is in sharp decline. And while a deep drop in public sector work was expected, the response from the private sector has been to accelerate decline rather than provide support.

The message from the data is clear: the industry is in sharp decline

There may be, for statistical reasons, a slight quarter-on-quarter rise this autumn, but this will not represent an end to the underlying decline.

The optimists expect an end to the decline in output sometime in mid to late next year. The pessimists don’t see signs of an upturn before
the end of 2014.

So when the band of brooders - David, Nick, George and Vince - turn to construction, they must realise they have a large task just stopping it dragging the nation deeper into the mire.