No need for miracles

Banks may be optimistic about lending but, as this cautionary tale around redevelopment of a church shows, good housekeeping and communication are key for lenders and project monitors 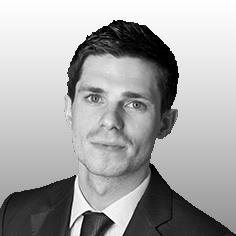 With the UK property sector resurgent, recent statistics suggest that UK lenders are becoming more optimistic (or just less pessimistic?) about lending to the sector.

In this current market - indeed, in any market - the recent case of Lloyds Bank plc vs McBains Cooper Consulting Ltd underlines the importance to both lenders and project monitors of remembering the basics, good housekeeping and how vital communication can be, particularly on bank-financed projects.

In this case, Lloyds agreed to lend £2.625m to Miracle Signs & Wonders Ministry Ltd (the borrower) to redevelop a church in Willesden. Lloyds appointed McBains Cooper (McBains) to act as its project monitor.

Some 21 months in, the loan was virtually exhausted, but the development was far from finished. The borrower lacked sufficient funds to complete and Lloyds decided to sell the property. Lloyds lost around £1.4m (the amount of its loan less the proceeds of sale). Lloyds claimed this amount from McBains, alleging that it had been negligent in:

After a thorough analysis of the evidence in a 52-page judgment (which he himself called “long enough”), Mr Justice Edwards-Stuart held McBains liable for two-thirds of Lloyds’ recoverable loss. He found McBains was in breach of duty, in particular by failing to advise Lloyds that:

However, Lloyds had contributed to the problem through its own negligence, primarily arising from a series of internal oversights. The court held that it should bear one-third of its recoverable loss.

Interestingly, of the £1.4m loss suffered by Lloyds, the judge found that only £700,000 was caused by McBains. The remaining £700,000 resulted from the bank’s own decision to provide the loan on the terms it did just before the financial crash of 2008. So ultimately Lloyds will recover only a third of its total loss.

In reading the judgment, it is clear that there were systematic failures by both McBains and Lloyds to get the fundamentals right in funding the development. Some of these failures seem to be of the most basic, obvious nature, yet still the case made it all the way to the Technology and Construction Court.

Key lessons for project monitors and lenders are:

A key lesson for project monitors is to give early warning of potentially significant commercial issues as soon as they come to light. Their job is to advise the lender proactively in relation to ongoing risks, not simply to record past events. Those consultants who see the project monitor role as a “soft option” had better think again.