No sense of direction

In this month’s Budget the chancellor needs to address the disastrously low levels of housebuilding with, says Nick Raynsford, a radical reallocation of current funding 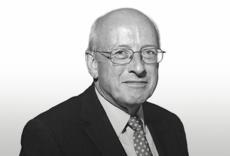 As Budget day approaches, speculation grows about what steps the chancellor will take to stimulate economic growth. While there will be no public admission that the austerity programme has failed, Conservative ministers are well aware, particularly after their party’s miserable showing in the Eastleigh by-election, that without real evidence of economic recovery, they have no chance of forming a government after the coming general election. So there will hopefully be a strong focus on measures to support growth, and housing in particular looks a strong candidate for attention.

There is obvious merit in this. The housing market remains deeply depressed. New starts in 2012 at only 98,000 are less than half the level necessary to keep pace with new household formation, and 11% down on the previous year’s inadequate output. Increasing housebuilding is vital to meeting society’s needs, and also one of the most effective ways to boost the economy. It is relatively labour-intensive and has a strong “multiplier” effect, helping to trigger increased demand for a range of household goods which are necessary to furnish and equip a home.

The uncomfortable truth is that most of the stimulus measures that the government is thought to be considering, have already been announced - many several times already

The government, however, faces three difficult challenges if it is to reverse the disastrously low level of housebuilding over which it is currently presiding, all three of which are of its own making.

First is the 60% cut in the affordable housing programme, which has had a dire impact on the output of new housing association and council homes. Admitting that this cut went too deep and has seriously damaged this part of the housing sector may be politically embarrassing for the chancellor, but increased support for affordable housing is one essential precondition for recovery.

The same goes for the changes to planning policy since 2010. The ending of regional targets, the rows over the National Planning Policy Framework, and continuing tinkering with the details of planning (section 106, use classes, permitted development etc) have had a negative impact. Residential planning consents in England in 2011 and 2012 have been lower than the level inherited by the government in 2010, and massively below the previous government’s pre-recession record.

Third is the uncomfortable truth that most of the stimulus measures that the government is thought to be considering, have already been announced - many several times already. The problem is the inability of the government to deliver the promised benefits. So the sensible proposal to provide £10bn worth of guarantees for private and housing association investment in rented housing was announced in summer 2012, but not a single scheme has yet received approval. Similarly, the government has repeatedly pledged to create a new generation of garden cities and suburbs, but we are still no clearer as to where these will be built, how they will be financed and how the inevitably complex planning issues will be addressed.

And measures to help reduce deposit requirements for first-time buyers or to facilitate lower cost access to owner-occupation have also been trailed on many occasions, but their impact remains marginal. Newbuy was launched more than a year ago by the prime minister with the rash claim that it would facilitate 100,000 new homes. To date, only around 2,000 have been completed.

The real difficulty facing the government is that trying to stimulate new housing without putting more funding in the pot will inevitably mean tinkering around the edges. Which is why I have been urging the government to take a long hard look at one of its most expensive current schemes - the New Homes Bonus.

This has already cost £1.3bn and because it involves annual payments over six years, the government is already committed to £3.3bn in expenditure. This is by any measure a significant level of public spending and will exceed the total affordable housing budget over the lifetime of this parliament.

Yet astonishingly there is no objective evidence that it is having any effect. The scheme was supposed to incentivise local councils to give planning consent to more homes and so increase the output of new housing. But more than two years after the scheme’s introduction, both the level of planning consents and the number of new homes started remain at historically low levels.

Looking in more detail at the councils that have received the largest allocations of New Homes Bonus, there is once again no evidence of any positive impact. In the 17 councils which have been allocated more than £10m each, residential planning consents in 2011/12 are not only down on the previous year, but a massive 37% below the pre-recession level.

Admitting that this policy has been a costly failure, and reallocating the funding earmarked for New Homes Bonus to direct investment would be a sensible and relatively painless way to make better use of limited resources and stimulate a housing recovery.