Now this is a pandemic, here’s the legal view 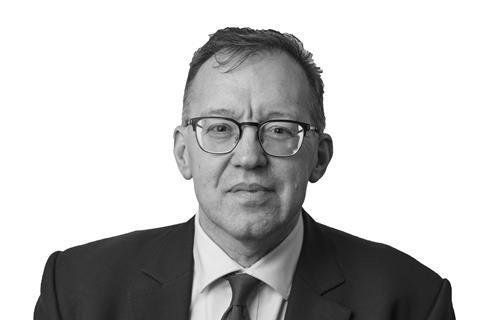 An update: the deeply concerning news for all yesterday was obviously the fact the World Health Organisation’s chief, Dr Tedros Adhanom Ghebreyesus, declared that a pandemic* (see below) is upon us. Its highest level of classification, this is on the back of the huge number of cases now outside China.

This metric has changed where we are. Trump addressed the United States last night on the response, banning all European (save UK) entry to the US for 30 days, trying not to declare a national emergency.

His words beat the drum (remember him dismissing the WHO’s 3.4% coronavirus death rate as “a false number”?). Cobra meets today and schools may be ordered to close across the nation as we transition to the “delay” phase, which for many projects may mean just that too.

India has suspended all existing visas for travellers from anywhere in the world until 15 April 2020. Many other countries have restrictions.

We are seeing many calls now from clients starting to suffer practical issues. These include insufficient washroom areas for labour to practise frequent handwashing, leading to the threat to walk off.

A curtain walling contractor has had a downstream supply impasse as a key part of the glazing system coming from Milan (which is in lockdown). The curtain walling was so bespoke that an alternative needed planning and design approval – both of which will take months. Plywood may have to go in! Whatever next?

Other issues include marketing events and functions and cancellations necessary to avoid a risk of claims. Topping out parties have been canned.

Anyone doing trade needs to be looking at their contracts. Has a state of emergency been declared? It has in Hungry and many states in the US.

In the UK, only the sovereign, on the advice of the privy council, or a minister of the crown in exceptional circumstances, has the power to introduce emergency regulations under the Civil Contingencies Act 2004. An emergency is widely defined as events which threaten serious damage to human welfare or the environment of a place in the UK (or war or an attack by a foreign power, or terrorism which poses a threat of to the security of the UK).

The duration of these regulations is limited to 30 days but may be extended by parliament. Emergency powers under the Public Health (Control of Disease) Act 1984 have recently been used for the outbreak of C-19 regarding communicable disease outbreak management.

Travel insurance is being declined to new customers by some insurers due to the “exceptional circumstances” of C-19.

It was only on 30 January 2020 that the WHO declared the C-19 ”a public health emergency of international concern”, by which point the Chinese authorities had issued more than 1,600 “force majeure certificates”. Until yesterday none of those factors was likely to be enough to qualify the coronavirus as a force majeure (FM) event.

However, the declaration of a pandemic is a trigger in those contracts that expressly declare it so. Some do, but otherwise what still counts are the contract specifics, ie whether for example there is a loss of available labour to perform a finite role. This might be something like the maintenance of life-critical systems which cannot be assured due to loss of certified staff and alternate means of resourcing is exhausted.

As the virus spreads, businesses will inevitably face more severe staff and materials shortages. FM provisions are construed by concentrating on the actual language used, with the result that each case rests on its own contractual language and set of facts.

Defining whether an event is a FM involves applying the objective test found in the law of the contract. Not everything is an Act of God – natural disasters are one thing (and by God the phrase is not associated with any particular religion or belief system!); the outbreak of hostilities are another!

Usually it is something that could not have been avoided, even if all due care had been exercised.

Luckily most FM regimes are “open” or inclusive in the meaning that the event does not need to be explicitly listed as an FM event, provided it meets the requirements of the objective test.

Fundamental in each case is to work out what your FM clause is intended to do and, in fact, does

Under civil law systems such as in the Middle East and North Africa, FM and good faith and various other principles apply. Contracts governed by a civil law which grants FM remedies, whether or not they are written into the contract, may also be the subject of the claim. So this may apply to some overseas contracts.

But “an irresistible act of nature” phrasing (or other catch-all provision) may suffice to cover an outbreak such as C-19. I can tell readers that it is certainly being argued.

One thing I keep telling clients is that fundamental in each case is to work out what your FM clause is intended to do and, in fact, does. It matters far less what a clause is called than its actual effect.

While FM primarily exists to protect contractors since, in most cases, the employers’ only obligation will be to pay. FM also protects employers, some of whom may be in trouble.

FM can release the employer from responsibility for payment during any period of suspension. It affords employers a right of termination if the event of FM has gone on beyond a specified time.

Adjudications and actions are bound to start seeking such declarations. FM can also trigger step-in rights, which give the employer the freedom it needs to ensure continuity of performance during the period of FM.

Taking NEC4, clause 19.1 deals with prevention arising from what amounts to “FM” and includes (i) any matters that are beyond the control of the parties and (ii) events that stop the contractor completing the works at all, or by the date shown on the accepted programme.

For an FM event to fall within clause 19.1, three tests have to be satisfied:

Follow it. If the FM event continues for 84 days, or for multiple periods of more than 140 days, either party can terminate the contract on the provision of seven days’ notice.

The JCT suite makes express reference to FM at clauses 2.29.14 and 8.11, but notably, it does not define FM, nor does it provide any examples as to what might constitute a FM event.

FM is, however, listed as a “relevant event” under clause 2.29.14. Time but no money! An FM event must be formally notified by the service of a notice under clause 2.27. Again, read that tin.

Event organisers can usually get cancellation insurance, which should cover them if the event had to be cancelled or postponed because of matters outside their control. An extension of these policies is normally available to cover “communicable diseases”, however many insurers are now excluding C-19 from this cover and we expect to see more of that on renewals.

Simon Tolson is a senior partner of Fenwick Elliott