The Construction Act should have been the death of pay when paid, but here’s a wheeze that tries to get round it. It goes like this: you lend me the money I owe you until I get paid

Shall we get down to a sheet anchor truth? There isn’t much profit in this business of building; and the paying of bills gets done when the bloke at the top of the pile decides to pay; then the next one pays the next one down and so on ad infinitum. Whatever the gurus, glitterati, or the chattering classes say, “pay when paid” was not demolished, not ousted, and not condemned by the Construction Act. It was supposed to be. It gets ignored. And one more thing: I am impressed by the genius invention of the parallel loan agreement. It’s a pay when paid “get-a-rounder”.

Suppose I sent you a very attractive set of contract documents tempting you to carry out building work. It’s nice work. Fair programme. Standard form of contract, not heaving with too many mickey-takers. Then you spot pinned to the contract document something called a “parallel loan agreement”. Flummoxed! The deal is this: if you have a right to money from me but I haven’t yet been paid by the person who is supposed to pay me, you will loan me the money that I owe you. Don’t laugh out loud. Just quietly guffaw to yourself. Yes, yes, it’s pay when paid, in drag.

My trump card used to be pay when paid, until that confounded Construction Act came along. Not only does it give pay when paid a good kicking, it allows a confounded adjudicator to order payment

Well, now assume you take on the contract. Assume too that within a short while there is a variation - and with it the usual quarrels as to whether it is a variation - and the usual quarrel about value. You call for an adjudicator and he decides you are entitled to be paid. The rule is - the law is - that I must pay you. I am not keen on doing that because my client hasn’t paid me yet. Indeed we are in a dispute about it with him. If I pay you without being paid my cash flow takes a hammering, or my overdraft goes sky high, or I make my other suppliers and subcontractors hang out for their cash and they will get grumpy. My trump card used to be pay when paid, until that confounded Construction Act came along. Not only does it give pay when paid a good kicking, it allows a confounded adjudicator to order payment and his ally is a High Court enforcement order. My trump card now is that deed called the parallel loan agreement. In parallel with that adjudicator’s award ordering me to pay you whatever, I wave the deed of loan, which orders you to loan me the “whatever” money. So you don’t get anything … until I get paid too. Impressive. 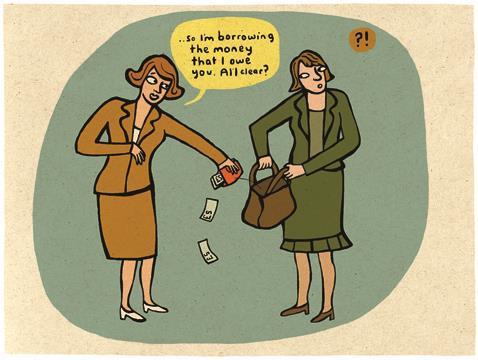 What, pray, will a judge of the Technology and Construction Court have to say about all that? Well, it hasn’t been tested yet. But we have some fairly useful guidance. In a High Court matter last year, the judge said: “If the effect of the contract is to clearly discourage a party from exercising a right to refer disputes to adjudication, it will be contrary to the requirements of the [Construction Act].” He refused to apply the offending provision. In short, a device in a contract that is ostensibly agreed between the parties will not be allowed to survive if it offends the will of parliament. That case is called Yuanda vs WW Gear. The device in their contract said that whoever began an adjudication would, come what may, pay the adjudicator and also pay the opponent’s legal costs. The judge said that such a clause was enough to discourage a party from coming to adjudication and, since there is a statutory right to adjudicate, nothing was to get in the way of that right.

In short, a device in a contract that is agreed between the parties will not be allowed to survive if it offends the will of Parliament

The court, I dare say, will listen to the same argument about the parallel loan agreement blocking the will and the right to adjudicate.

The device has its roots in PFI construction work. It so happens that the contract between the procuring authority and what is known as the special purpose vehicle (SPV) for the provision of a school, hospital or motorway is a PFI contract. They are expressly outside of the Construction Act and have no right to adjudicate. But all those contractors who work for the SPV are well within the right to adjudicate. So a high-speed decision by an adjudicator can cause havoc to the SPV, since the SPV is merely a conduit for payments. So SPVs pressure the contractors to agree to this loan device. It also goes down the line to subcontractors. No matter that they have all signed up to this loan arrangement, their lawyers will enthusiastically challenge the brilliant invention before a judge. Win or lose. Who knows? But an Oscar for the genius?