The recent steamy summer heat has highlighted the importance of green spaces in cities for workers to recharge. Construction’s job is to do its bit to help create them 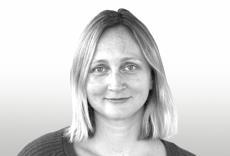 Because we humans enjoy eyeballing a tree or two, it is also now increasingly accepted that more greenery equals higher property values and/or productivity. A helpful business case. Yippee!

The UK regulatory position is very strong with regards to defending designated parks, waterways and protected species, but is less well developed in terms of redeveloping existing buildings or protecting smaller or informal green spaces. Consequently, biodiversity and habitat are often not a priority - private gardens are the most well-documented type of urban space where planting and habitat has been lost in recent years.

In fact, biodiversity has been in decline in the UK for many decades - in part due to development activity. Defra (the government department responsible for England’s biodiversity) has created a strategy with an ambition to “halt the overall loss of England’s biodiversity by 2020”. It says: “In the longer term, our ambition is to move progressively from a position of net biodiversity loss to net gain.” Sheesh. Slightly depressing reading. I’m sure we can do better than that.

A common perception within the construction industry is that there is an antagonistic relationship between the built environment and the natural one. Many people have a “the whole project was put on hold for a newt that no one could find” story and I think it’s fair to say that historically, biodiversity hasn’t been taken too seriously in the sector.

But construction and the environment don’t have to be at loggerheads. This lack of connection is in part due to a simple case of misunderstanding - construction folk cannot always readily see what nesting birds or tree planting have got to do with building, and most people are not aware of the wider importance of habitat and biodiversity - that is, without it, we’d have no food, no medicines, etc. In fact, even simple construction materials statistics such as timber usage are not particularly well known (0.82m3 per UK person per year for pub quizzers). Forests are directly connected with our industry.

Adding to the misunderstanding, the bizarre tick-box approaches advocated by systems such as BREEAM make no sense to the uninitiated. BREEAM ecology requirements are formulaic and promote mediocrity and collective frustration rather than encouraging collaboration and/or the production of intelligent solutions and valuable green space.

As an industry we can be siloed in how we think about biodiversity, and focus on what’s inside the red line of our own site boundaries. At a site level, a tiny bit of green space might seem pointless, but when looked at on a wider scale it might just be the vital bit of greenery that provides a stepping stone between some of London’s fantastic parks.

However, excitingly, we’re starting to see green shoots (see what I did there?) in this area, and some clients and contractors are deviating from minimum compliance and moving to best practice delivery through a range of means.

For example, at W4, and W5S, new Crown Estate developments on Regent Street, both have large areas of biodiverse green wall, which run the full length of what were previously uninspiring service alleyways. Meanwhile, the Sellar Group project, The Place, has large roof terraces that are packed with interesting planting, and the HCA project, Greenwich Square, is covered with nearly 7,000m2 of resident and wildlife-friendly plants.

On a more modest scale, British birds of prey are now regularly provided with nesting boxes on urban rooftops, as they provide a great, inexpensive solution for pigeon control. Also, insect hotel design sessions are now commonplace in primary schools.

Clearly, it is not always practicable to contribute significantly to biodiversity on-site; however, the off-site options are pretty much limitless. For example, many companies support employee volunteering, and creating green spaces for people and/or wildlife is a popular activity. The muscle power and access to tools and machinery of our industry means we are perhaps uniquely placed to deliver this type of project. For example, in 2012, more than 500 Mace people created more than 30 hectares of biodiverse space in partnership with the London Wildlife Trust and others.

Volunteering isn’t the only solution to increasing biodiversity, and clearly more strategic initiatives will be required. But we can all get involved. So go on, get out there and get stuck in! Who knows, the construction industry could even become a net positive contributor to biodiversity.

Isabel McAllister is director of sustainability at Mace