The Civil Procedure Rules are set up to encourage formal offers of settlement. But what if the deal is proposed by a counterclaiming defendant? 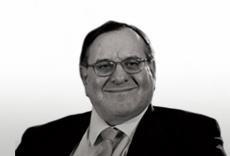 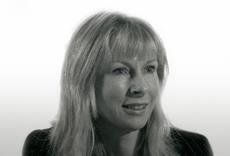 The courts encourage parties to litigation to attempt to resolve their claims. For this purpose, there is a system in place (known as Part 36) within the Civil Procedure Rules for formal offers to be made. If an offer is made and the party receiving it rejects it but does worse at trial than he would have if he had accepted the offer, the consequences can be drastic in terms of interest and costs awarded. The impact of these provisions was made clear in the recent Court of Appeal case of F&C Investments vs Barthelemy. This
was not a construction case but the facts have some parallels with situations commonly encountered in construction litigation.

The parties had substantial claims against each other and, in this instance, it was the counterclaiming defendants who made an offer to settle the proceedings by a payment in their favour.

The defendants considered that a quirk in the rules meant that a counterclaiming defendant could not make a Part 36 offer. Their concern was that if the offer was accepted, then another set of automatic consequences under Part 36 would apply, entitling the claimant to the costs of proceedings up to the date they accepted the offer, even though the claimant would be the net payer.

The defendants’ offer was therefore made on the more informal basis that it was “without prejudice save as to costs”. This was so as to enable them to take advantage of the court’s general discretion as to the awarding of costs after trial, but not specifically under Part 36.

At the trial the defendants did better than their offer. They argued that the usual consequences of failing to accept a claimant’s Part 36 offer should apply. These provide that where a claimant’s offer is not accepted but they do at least as well at trial, the claimant will usually recover interest on both the sum awarded and costs at up to 10% above base rate, together with costs on the indemnity basis. The indemnity basis is a more favourable way of assessing costs than the standard basis. If there is a doubt about the reasonableness of an item of costs, it is resolved in favour of the receiving party, whereas on the standard basis the paying party has the benefit of the doubt and only proportionate costs are allowed.

The Court of Appeal held that unless an offer was made strictly in accordance with Part 36, the court should not apply the usual costs consequences by analogy. The trial judge had awarded indemnity costs and enhanced interest on the basis that the defendants had a good reason not to make the offer under Part 36 and so the court could apply the Part 36 costs consequences by analogy. The Court of Appeal said that this was wrong in the absence of unreasonable conduct by the claimant. Where the defendant had not complied with Part 36, the award should be standard, not indemnity, costs. Interest was awarded at the lower basis of 3% above base rate.

This situation may arise in the case of, say, an architect’s fee claim that is met with a substantial counterclaim for defects. Does the decision mean that a defendant in this position can never make a valid Part 36 offer and hence obtain the favourable costs consequences?

Fortunately there does appear to be some relief for a defendant in this situation by reference to the case of AF vs BG in 2009, which does not appear to have been cited to the court in F&C Investments vs Barthelemy. The AF vs BG case held that a defendant can be treated like a claimant in respect of its counterclaim. It follows that it should be able to make a Part 36 offer and obtain the favourable costs consequences if the offer is accepted.

Of course if it is not accepted, and at trial the defendant does better than their offer, they should also benefit from the more generous consequences which apply in the circumstances. So, it is important for a counterclaiming defendant to comply with Part 36 where they can if they decide to make a settlement offer for costs protection and, if necessary, to cite the AF vs BG case as authority for this.