While many firms have been swallowed up by American giants over the years, now it is our turn to push for international expansion, says Brian McConnell

I like to think I’m a “glass half full” kind of person – and a year in which we have suffered a global pandemic and left Europe has really put that to the test.

It is fair to say Brexit has been a spectre hanging over the British economy since the referendum in 2016. As each new deadline came and went, it had an ever-growing impact on the confidence that so much of UK construction depends on. With endless political back-and-forth, the whole process had an incrementally negative effect on the sector. 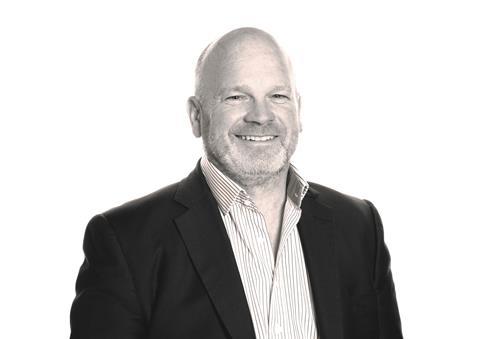 But in my view, there is something to be said for watching democracy in action and whether you voted to leave or remain, we must move past the result and make the best of it. The UK has the opportunity to step up and succeed on its own merits. Instead of grumbling about what’s gone, let’s take the bull by the horns and make it our job to export British engineering excellence as part of supporting UK plc on the global stage.

As countries emerge from lockdowns and restrictions, the pent-up desire to build things, travel and positively impact the world in terms of environmental and societal change will drive a renaissance and I am optimistic that we  will enjoy an economic boost as a result.

So while we are in this limbo period – with the market on tenterhooks waiting for vaccines to have a positive effect – we need to take stock of the state of British engineering. Where do we currently stand internationally?

UK engineering has always been respected around the world and still is. When I started my career, I remember looking at companies like Halcrow, a British institution that worked all over the world on ground-breaking infrastructure projects like Abu Dhabi Airport.

Sadly, they have disappeared having been swallowed up by north American behemoths like so many of the UK’s consulting engineering companies. You could argue that is not necessarily a bad thing. After all, our engineers are still gaining incredible experience working around the world.

But is it really UK engineering in its truest sense – and are we going about things in the right way to grow the British engineering sector for its long-term success and international reputation?

After all, it is estimated that US and Canadian companies now control around 40% of the entire UK fee income for consulting engineering. I have nothing against the north Americans, but why have we sold off the crown jewels?

It seems to me we have reached a stage where our engineering sector is British in name only – and we should see it as our job now to fly the flag for UK engineering around the world.

We should be taking a leaf out of their book and use the “end” of Brexit and the eventual loosening of covid restrictions as a catalyst for British engineering to trade on an international stage. UK companies should be looking to increase their market share globally.

If we want to back British engineering’s future, we need to be less domestically focused. Let’s be just as entrepreneurial and hungry for expansion as the north Americans, the Chinese, and the Japanese were 30 years ago. We can learn from their experiences, take the best bits and forge our own path with confidence.

We need to champion our home-grown success stories. In a post-Brexit world, and with the economic fallout from covid-19, it becomes even more important that we stand up and are counted. Government should be equally as hungry and support the industry’s expansion as we all look to play our part in generating revenue and tax income for the UK – something we are missing out on if foreign companies continue to dominate the market.

Thankfully, we finally have a trade deal so we can take that off the list in terms of risks to the economy. However, much is still made of the additional layer of bureaucracy Brexit has created that presents an obstacle to UK business interests abroad.

When planning to expand internationally, the best route is to foster relationships with organisations whose own footprint extends beyond the UK. To do this, British businesses need to demonstrate we are trusted partners that understand their needs and ambitions, and from there growth and success can follow.

We know there will be more admin required when exporting to Europe, but we do not regard that as a showstopper. We must adapt accordingly and look forward to what needs to be done to maximise the potential.

Hydrock has just signed a global design brief with a European company – a great opportunity to establish ourselves on the continent and beyond. And as we look to gain more of a foothold internationally, we are looking to acquire niche businesses in Europe who are embedded in their regional markets. A presence in the Republic of Ireland, for example can provide a strong trading link with the rest of Europe.

At Hydrock we are just at the beginning of our international journey, but we have decided to go for it, compete with foreign companies and help fly the flag for British engineering excellence.