Put paid to those with no scruples 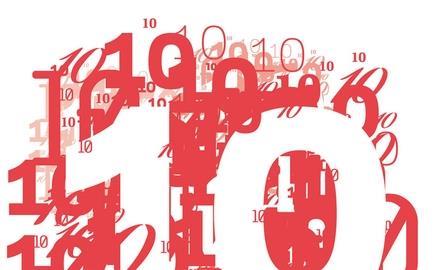 So – as we feared – there was no new Construction Act in the Queen’s Speech. There will no doubt be further reflection on what, if anything, should now be done. In my view, unless the act is overhauled, it will remain vulnerable to abuse.

Although disagreement persists over reforming the payment regime, there is a consensus that subversion of the act should end. It might make sense to limit a new Act to the latter. But even if the most recently proposed amendments were enacted, there remain many ways in which an inventive minority might possibly circumvent its spirit, including …

Ensuring that there is no contract by marking a document “subject to contract” or not agreeing designated key terms. While there are risks with this approach, it may tempt some payers into instructing work under letters of intent

Providing for payments of instalments of, say, £1, with the balance payable on completion. Evidence of the use of this device is slim, but this may change if other avenues of abuse are shut down by amendments to any new act

Including a pay-what-certified clause. This does not necessarily involve payment abuse. These clauses are essential in management contracting. It seems that in recognition of this a proposal to ban them was dropped in the June consultation paper. However, use of their close relative, the pay-when-certified clause, is widespread in PFI/PPP. Again, this does not signify payment abuse, but this has not prevented a proposal for a ban. If this were enacted, it is hard to see how pay-what-certified clauses could survive

Providing for interim payments, with the final payment date set, for example, a year after each application/certificate

Making payments conditional on the presentation of a VAT invoice and setting the final date for payment by reference to it. Payers can use this device to issue a withholding notice against a sum awarded by an adjudicator

Providing for any sum awarded by an adjudicator to be paid into the account of a third party (trustee stakeholder), which is only released if certain conditions are met

Requiring the winner in an adjudication, or its parent company, to lend a sum equivalent to that awarded back to the payer, which is only repayable when specified

Providing for any sum awarded by an adjudicator to be payable only after, say, a year (with no interest accruing)

Requiring adjudicators’ decisions to be enforced by arbitration that cannot begin until, for example, a final certificate has been issued. Similarly, having arbitration rules that delay enforcement.

Devices like those listed are given life by the gap between the Act’s intentions and its actual words. This has allowed adjudicators and courts to interpret it, on some occasions, by applying it to the letter and, on others, by reference to its perceived purpose. If parliament is serious about stopping payment abuse, a more flexible legislative approach (like the Unfair Contract Terms Act) may be needed to defeat all subversion of the act while preserving acceptable practices.

Any resulting uncertainty might be minimised, but some is inevitable in an act that intervenes so far in freedom of contract. However, the ultimate aim should be defeating not just some but all abuses.