Brexit looms large on the horizon across all sectors, but the fundamentals of the student sector would appear to remain solid 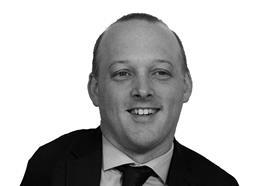 The student accommodation sector continues to show strong growth as demonstrated by the recent news of GCP Student Living’s portfolio climbing in value by 23% over the preceding 12 months. This would appear to confirm the continued success of the student accommodation sector as it becomes increasingly appealing as an investment class in its own right.

The rise of the sector has been rapid and it was little over a decade ago that the earliest student investment deals took place. Prior to that, the assets were mainly held by businesses that operated schemes as part of their overall business. The change began with institutional money pouring into the sector from investors simply looking for rental income rather than involving themselves in the day to day management functions. Since those early days, the sector has adapted to the shape and structure of student deals.

The contrast with more traditional investment properties highlights some of the competitive advantages that the student sector offers to investors. Large office or retail investments are often dependent upon one or two large tenant covenants with large rental obligations and should those tenants fail, which in recent times has been more frequent, then the investor is left with large voids and no rental income. In the student sector, each individual tenant is guaranteed by either their parents or guardians or upfront rental payments for the whole year are collected from overseas students, so the risk of default is much lower. Even in circumstances where rooms become vacant, demand is often high and new tenants can be sourced with greater ease.

This security and flexibility has seen an influx of institutional money from the UK and from around the world. Banks are readily providing finance into student accommodation developments and investments and management specialists have grown up alongside the sector to allow pure investors to have their schemes run on their behalf. Recent years have seen the rise of branding within student circles and the sector continues to become more sophisticated, catering to the student’s needs and desires.

It is clear that the sector has changed. The market used to discuss the sector as being an alternative asset class but now it is clearly in the mainstream with investors allocating funds specifically in that space. Recent research shows that circa £13bn was invested in 2017 globally and the top 10 purchasers in the UK sector in 2016/17 acquired in the region of 43,000 bed spaces for in excess of £4bn. The recent UNITE portfolio sale to Singapore Press Holdings demonstrates that there is a worldwide appetite for UK student stock.

Whilst a great deal of purpose-built student accommodation has been built, an undersupply still exists across the country. Naturally some areas will be better supplied than others, but there are plenty of opportunities available throughout the UK. Over recent years the trend has been towards the higher specification end, but there is also now clear scope to create an affordable market within the sector.

This coincides neatly with availability on the market of some older, first generation student stock. These properties are in need of some significant refurbishment and offer a lower cost base to investors. Such properties could provide well situated schemes available at a lower market rent, something that will attract support from the student community itself. Where operators can set rents in such schemes at a level that is competitive with the more traditional HMO market, the expectation is that students will migrate to the professionally run blocks for their added convenience and security. This could see more traditional housing stock being released back into the market to help ease the wider housing shortfall.

Brexit looms large on the horizon across all sectors, but the fundamentals of the student sector would appear to remain solid. Given how the overwhelming majority of overseas students come from outside of the EU, any reduction in the value of the pound will make the UK a more affordable prospect for overseas students and people looking to increase qualifications in tougher economic conditions. Combined with the existing undersupply, the continued growth of the sector looks like a strong prospect moving forward.