If Mervyn King is to be believed, we shouldn’t get too excited about signs of recovery in the housing market. Construction still has a long way to go 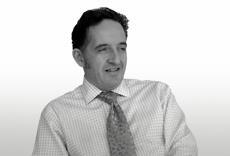 Mervyn King’s frank assessment of the medium-term prospects for the UK economy coincided last week with warnings from Moody’s, the credit rating agency, that the UK’s prized AAA credit rating would be subject to further review in early 2013. Taken together they provide a particularly awkward backdrop to this year’s Autumn Statement, due to be unveiled on 5 December.

There are signs of recovery in the housing market, and the major house builders have acknowledged the positive impact of government schemes such as HomeBuy and FirstBuy in supporting sales and price growth. However, given that a return to robust economic growth remains a distant prospect, construction clients could remain on special measures for some time to come.

Much of the Bank of England’s latest Report could have been written at any time since the 2008 crash. But worryingly, the hope that recovery was just around the corner has evaporated

Much of the Bank of England’s latest Inflation Report could have been written at any time since the crash in 2008. Recovery has been delayed yet again by weak demand and fiscal consolidation, together with headwinds caused by the European crisis and imported inflation.

However, and rather worryingly, the expectation that recovery was just around the corner has evaporated - setting the stage for the Office for Budget Responsibility’s next forecast, due in December. A growing sense of realism should be welcomed, but it is unclear what measures are available to promote growth other than further rounds of quantitative easing and the promotion of low-cost borrowing.

The challenge of weak growth in the future has been evident in the construction pipeline for some time. Demand has continued to weaken in many sectors, and evidence from finance industry surveys and government progress on infrastructure funding programmes has demonstrated that the process of securing funding continues to be long and arduous.

Increased volumes of lending will have a critical role in supporting future growth, and the latest Inflation Report provides a valuable insight into the time taken for government initiatives to get results. The Bank of England has begun to monitor the effectiveness of the Funding for Lending scheme, launched during summer 2012, which subsidises bank lending by providing access to low cost Treasury bills priced at 0.25%. Banks can borrow up to 5% of the value of their loan book, and potentially more if they increase the volume of their lending. Before schemes like this can have an impact on the real economy, lenders need to determine the terms and availability of the lending they want to offer, and borrowers will need to go through the application and approval process. This won’t happen overnight, and actual spending driven by the scheme is unlikely to trickle through before early 2013.

As has been the case since the beginning of the crisis, additional stimulus can’t come soon enough. Encouragingly, there are already some signs of recovery in the housing market, albeit from a low base. Housing starts were up by 18% in the third quarter. RICS surveys point to increasing levels of activity in the market, and house builders have recently reported rising prices and improved margins, partly attributable to support provided by schemes underwritten by the government.

For new entrants into the market, there will be little wiggle room for increased borrowing costs, and prices are also likely to remain under pressure

However, the importance to the housebuilding industry of state-supported schemes such as NewBuy and FirstBuy - based on shared equity and guaranteed deposit models - points to future difficulties that will only be magnified by low rates of growth. For new entrants into the market, there will be little wiggle room for increased borrowing costs, and prices are also likely to remain under pressure. The same pattern can be seen in other industry sectors, where it remains very difficult to deliver financially viable schemes. The conclusion must be that client sentiment is unlikely to change quickly and demand will remain weak for some time.

The Bank of England’s latest forecast is a useful prompt to recognise not only how drawn-out the recovery could be, but also by how much conditions for business have changed - possibly for good. If a company’s business planning doesn’t already reflect the prospect of a long and winding recovery, then now is the time for a careful and realistic review.