Rogers vs the Prince: A battle between two establishments 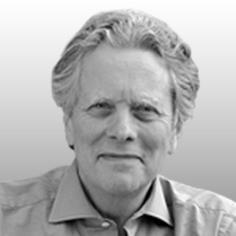 In the interviews around his retrospective at the Royal Academy, Lord Rogers has revived his complaints that the heir to the throne is stopping him from covering London with Dan Dare fantasies.  This is more than an octogenarian modernist who can’t understand why lots of people still prefer traditional buildings to glass megastructures.  This is a political battle between two establishments.

A long-standing resentment came to a head in 2009 when the Prince of Wales let Rogers’ royal Qatari clients know how much he disliked his Chelsea Barracks design and his firm was duly sacked.  Rogers cried foul and mounted a campaign against the undemocratic behind-the-scenes influence of the Prince of Wales.

Before complaining about the Prince of Wales, however, Rogers should have heeded the unusually apposite dictum: “people in glass houses shouldn’t throw stones”.

Five years earlier Rogers had been playing a similar game. When he was the chief architectural adviser to the mayor of London and answered in the Lords to the ruling Labour whip, he mounted a behind-the-scenes campaign to stop Quinlan Terry’s ultra-traditional extension to the nearby Chelsea Hospital.  Because his private pleas in influential circles fell on deaf ears no more was heard of it.

Like it or not, this is all normal establishment behaviour and none of it is a good fit with the creaking bureaucratically-compromised planning system.  But the Chelsea Barracks story also has an untold global dimension.

The miniature but hugely rich state of Qatar is still loosely governed by the traditional middle-eastern majlis system.  A traditional majlis is a room (or tent) in which a sheik has an audience with his clan or dependents.  Requests are made and noted and, if accepted, acted upon.  A minor sheik may take a dependent’s problem to the majlis of a major sheik and, in these small communities, no one is more than a few moves from the ruling Emir. The Emirate of Qatar in turn owes some of its legitimacy to recognition by Britain in the nineteenth century.  The British royal family is the next majlis up.

This goes far beyond Rogers’ style war caricature.  Like all major developments, this tussle had a powerful political dimension. The Prince of Wales in one corner using privilege to defend the views of the ordinary citizen, Rogers in the other corner using influence to fight for a left-of-centre elite and behind it all a powerful middle-eastern state.  Rogers has had a long career of winning and clearly sulks in defeat but, like all architects, views everything through the lens of style.  Turning style into politics is, however, a dangerous game.